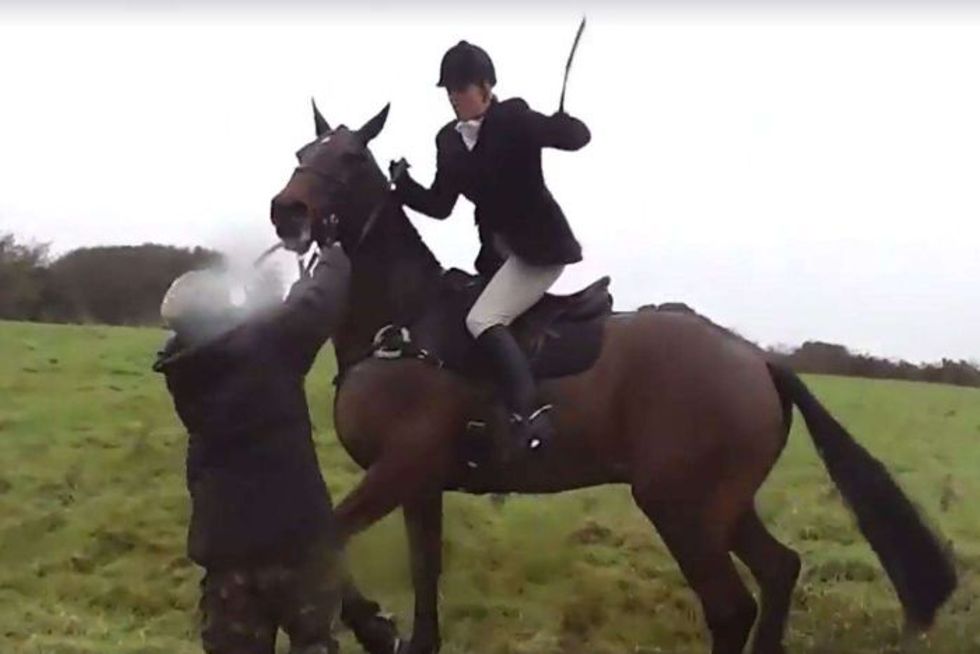 A fox hunter in the United Kingdom over the weekend was filmed repeatedly whipping a masked anti-hunting protester who had approached her and grabbed the reins of her horse.

Australia's ABC News reports that the clash between the hunter and the protester occurred as part of an organized demonstration by the Brighton Hunt Saboteurs, an activist group that tries to take "direct action to stop bloodsports."

The group traveled to Pevensey Marshes, where a fox hunt was scheduled to take place. At one point, a masked activist grabbed the reins of a woman hunter, who told him repeatedly to let go.

When the man wouldn't let go, she took out her whip and began hitting him repeatedly in the face. The man received bruises and a "bump on the head," ABC News reports, but did not require medical treatment.

Police say no charges have yet been filed as a result of the incident.