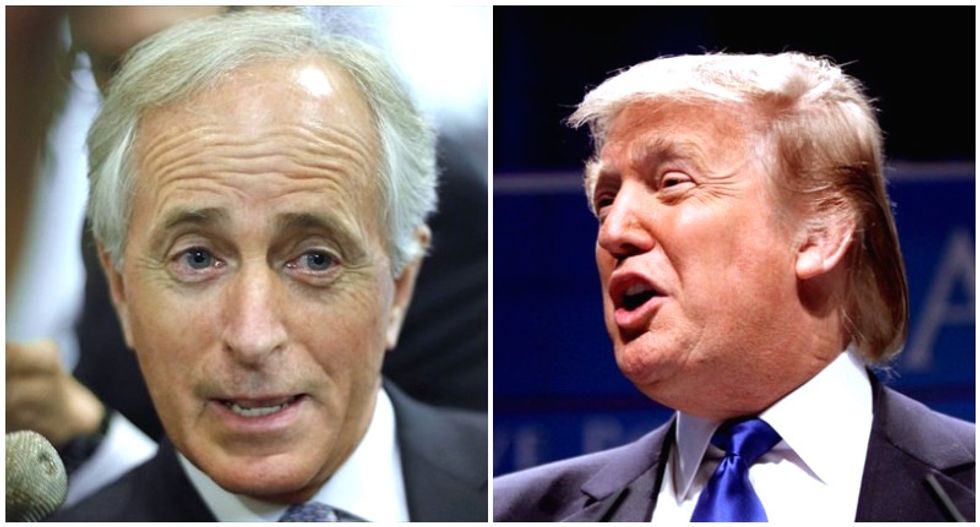 Sen. Bob Corker (R-TN) will hold a “long overdue” hearing before the Senate Foreign Relations Committee on Nov. 14 on Donald Trump’s authority to use nuclear weapons, according to a press released put out Wednesday.

The hearing will also cover the process for executing that authority, the statement reads.

“A number of members with on and off our committee have raise questions about the authorities of the legislative and executive branches with respect to war making, the use of nuclear weapons, and conducting foreign police overall,” the media advisory reads.

“This continues a series of hearings to examine those issues and will be the first time since 1976 that this committee or our House counterparts have looked specially at the authority and process for using U.S. nuclear weapons.”

“This discussion is long overdue, and we look forward to examining this critical issue,” it concludes.

Corker’s move represents one of the most evident checks on Trump’s executive power, and comes after the Tennessee Republican has engaged in a series of high-profile attacks on the president.

Read the full release below: