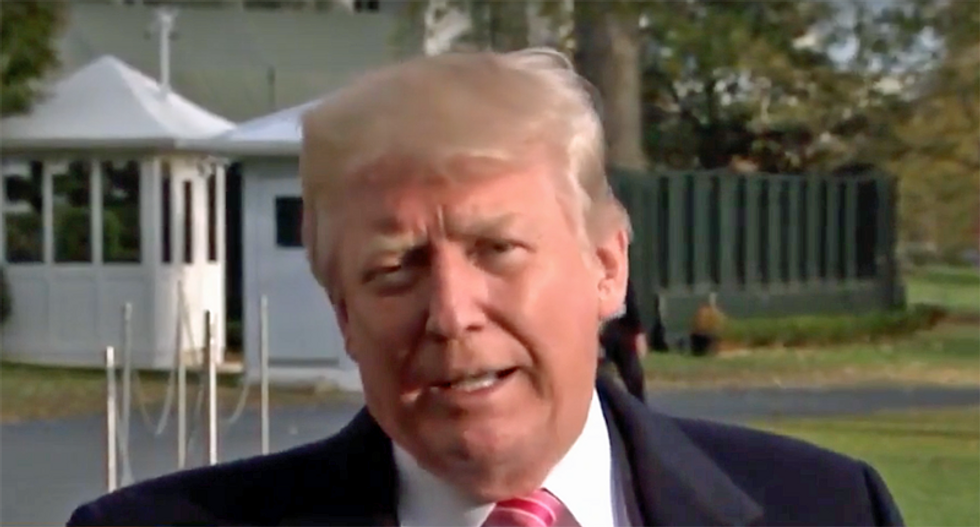 President Donald Trump once again on Sunday suggested that Alabama voters should elect accused child molester Roy Moore to the U.S. Senate because electing his "liberal" opponent "would be bad."

In a tweet that was fired off on Sunday morning, Trump called for voters to elect Moore without mentioning the disgraced candidate's name.

"I endorsed Luther Strange in the Alabama Primary," Trump wrote. "He shot way up in the polls but it wasn’t enough. Can’t let Schumer/Pelosi win this race. Liberal Jones would be BAD!"

Trump has repeatedly refused to use Moore's name in a series of effective endorsements of the candidate. Earlier this month, Moore was accused of sexually abusing girls as young as 14. Moore, however, has insisted that he is innocent of the charges.