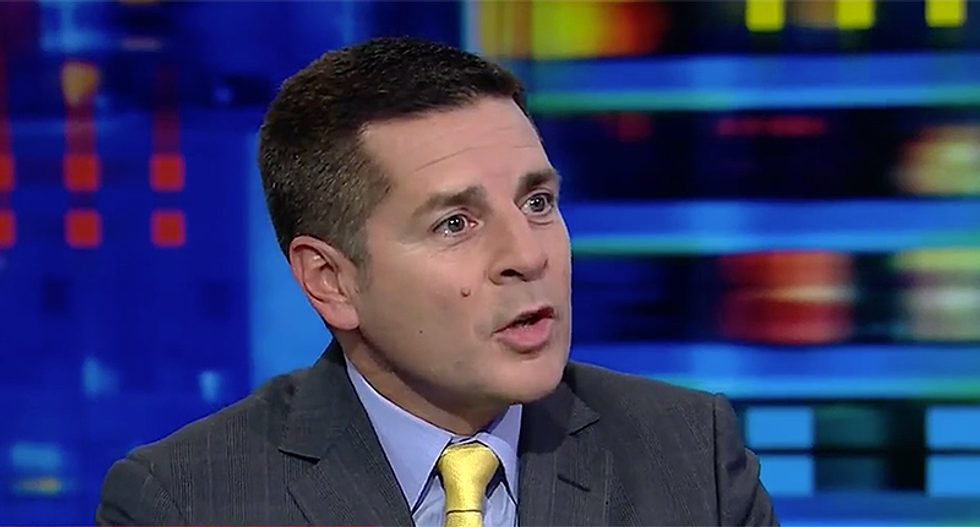 During a discussion about the multiple cases of sexual misconduct from elected officials, CNN panelists could do nothing but shake their head at the Republican hypocrisy on sexual harassment accusers.

"We are living in a strange upside down world where the president of the United States has audacity to send a tweet out like this when he has his own demons in this area," Republican commentator Tara Setmayer told host Don Lemon. "It is unbelievable. Does he think that none of us remember the 'Access Hollywood' tape where he talks about how he just kisses women and that women will let him get away with it because he is a celebrity? It is hard to stomach. I can only assume that the professional staff in the white house is cringing at this because this is the last thing they needed to do."

She went on to say that Trump would have been better off saying nothing than weighing in. However, she said she would have hoped the president of the United States could come out against all who comment sexual misconduct.

"This is what happens when you elect a morally bankrupt person who has no ground to stand on when it comes to issues like this because he has been accused of it himself," she said of Trump.

"All of us collectively have to say that we will not put up with this anymore," he told his fellow panelists. However, he refused to aqueous that Trump was accused of rape but was quick to point to former President Bill Clinton's rape accuser and blame Hillary Clinton for covering.

Writer and reporter Lauren Duca noted that it was different seeing someone like Franken take responsibility for his actions and call for his own ethics investigation.

"I think any elected official accused of sexual misconduct of any kind should be put through full and complete ethics investigation including the president," she said. "I hope this conversation is reframing what we are willing to accept from any halfway decent HR department. The American citizens deserve an ethics investigation into the president."

"What are we willing to accept? What are our norms and standards? What kind of behavior is okay?" Duca went on to ask. "In fact, I don't think what Al Franken did is acceptable from any elected official. It doesn't matter that I happen to align with him politically. I love that Mitch McConnell is calling for ethics investigation."

Lemon pointed out the differences in the Republicans talking about Moore and the Democrats denouncing Franken. He argued that with Moore they were saying phrases like "if the allegations are true," while Democrats just assumed the forced kiss was true and denounced it.

"We see this double standard," comedian and SiriusXM host Dean Obeidallah commented. "Cultural norms are changing which is really important. The idea now is women should be able to come forward and know we are going to believe them and stand with them and we are going to push back against those who demonize these women and get called liars by other networks who do that. The double standard is purely partisanship."