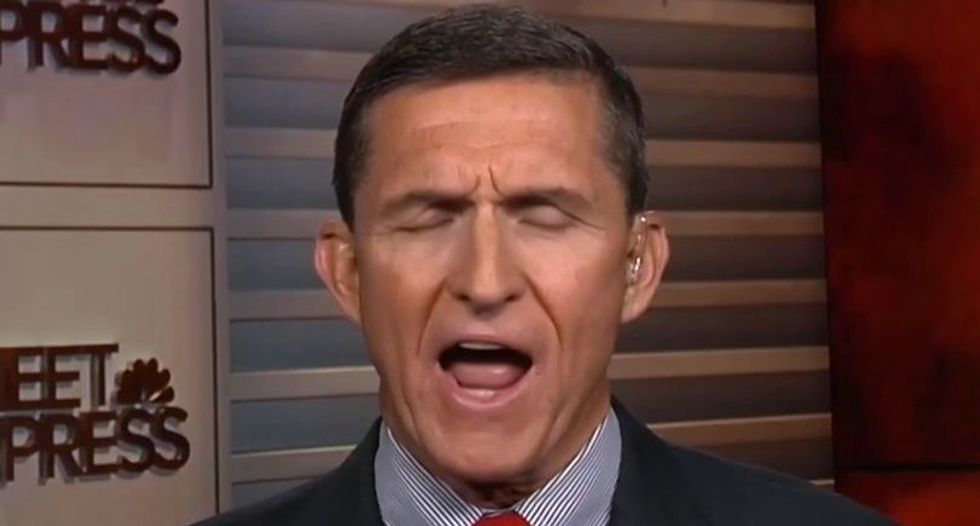 News that Flynn has cut off contact with the White House has "all the makings of a major development," Blumenthal, who sits on the Senate's Judiciary Committee, said.

"Is there enough evidence, at this point, to indict Michael Flynn?" Acosta asked the senator.

"Based on what I've seen," Blumenthal responded, "Michael Flynn is in deep trouble."

He then listed off the potential charges the former general may soon be slapped with: perjury for lying to the FBI and Vice President Mike Pence about contacts with Russians, failing to register as a foreign agent for his work with Turkey and "possible tax criminal violations" for taking payments from Russia and Turkey.

"There are a series of potential charges here," the Connecticut senator concluded. "And I think that he faces some serious exposure."

Watch Blumenthal outline how deep Flynn is in below, via CNN.

Sen. Blumenthal: "Based on what I've seen Michael Flynn is in deep trouble" https://t.co/rBbccnUCt4 https://t.co/l9QiMTPYht