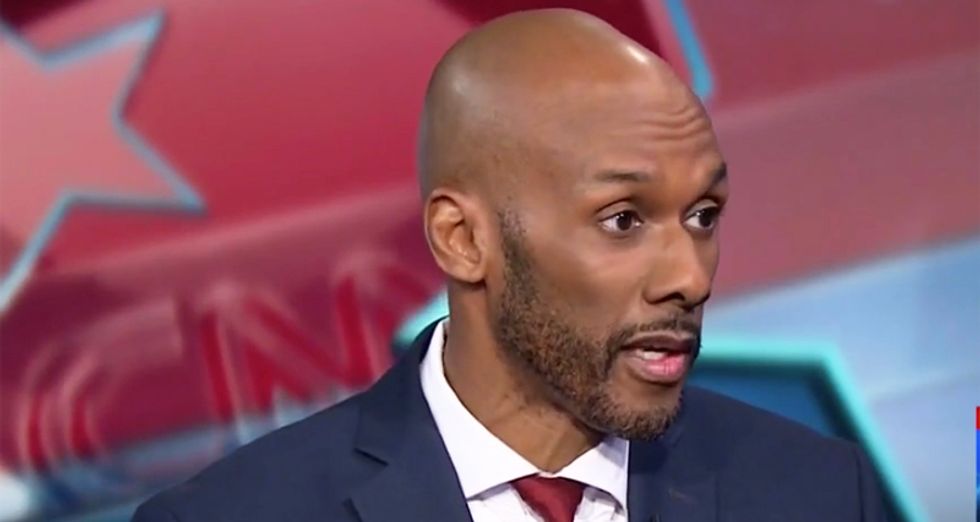 Approval ratings on the Republican tax plan aren't simply poor, they're downright fathomless. Only 26 percent of Americans support the plan, according to a new Quinnipiac University poll.

"The proposal that's in the House and the one they're talking about in the Senate is contradictory to Democratic principles," he continued. "It's contradictory to what the American people want. I mean, the idea that they're taking federal tax resources, and giving money to people who have private jets, to people who have estates worth more than $5.5 million, to wealthiest one tenth of 1 percent. At the same time they're taking away benefits from working class people who actually are getting benefits -- for example college tuition tax credits or people who are getting benefits for teachers who are paying for school supplies."

"That's not American, that's taking from the poor and giving to the rich," he continued. "It's reverse Robin Hood. You might even call this the Ivanka, Don Jr., and Eric [Trump] retirement plan. That's how bad it is."

Thus far, two Republican senators have said they aren't interested in the House version of the tax plan. Billionaire Tom Steyer launched a new $10 million ad campaign against the legislation.