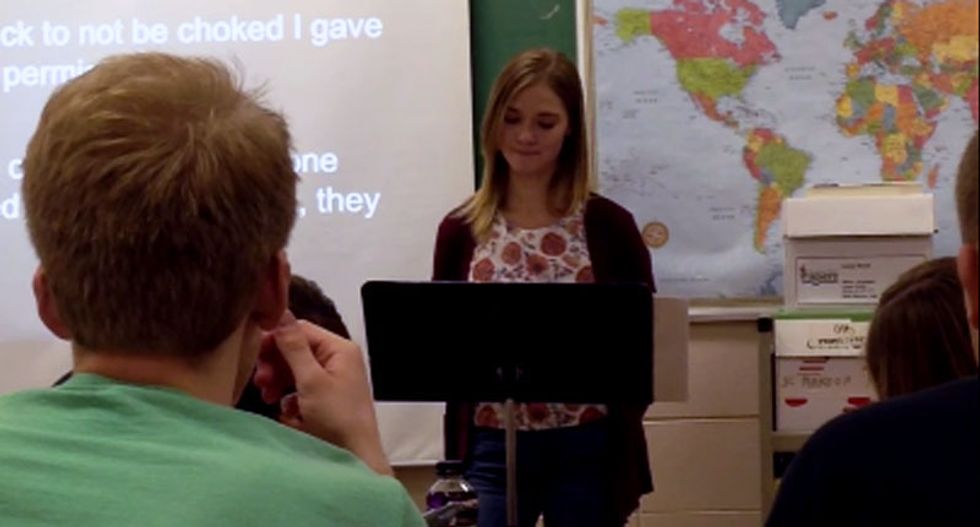 Fed up with the insular religion's protection of abusers, former Jehovah's Witnesses have begun attending Kingdom Hall meetings to confront church members about the abuse they suffered -- and the church's dismissal of it.

As reported by Hemant Mehta at The Friendly Atheist, multiple ex-Witnesses have taken a stand at Kingdom Halls (the religion's churches) to inform people in their former communities about the ways in which the church's powerful Watchtower Society silences people who've been abused and fails to punish their abusers.

As Mehta points out, there's many reasons why exposing abuse within Jehovah's Witness communities is difficult. For one, the church has a "two-Witness rule" that claims "church elders shouldn’t take seriously a victim’s account of abuse unless another person witnessed it… even though the only other person around may have been the abuser himself."

Another conflating factor is the church's disfellowshipping policy, that instructs current Witnesses not to have any contact with ex-Witnesses, even if they're family. Members are also told ex-Witnesses purposefully bring about lawsuits to defame the church, and that other critics -- like an Australian commission that found "adequately protected from the risk of sexual abuse" within the church -- are also intent on smearing and damaging them.

That's part of why ex-Witness Youtuber Amy K. went to a Kingdom Hall in Wisconsin this past Sunday to inform the Witnesses there of the abuses the church allows to continue.

"The money that we donate to the organization is going to protect pedophiles," she said when she'd been given the mic. Although it was soon taken away from her, she stood up and continued speaking for a few minutes until she was escorted out.

"This is important. Protect your children," she urged the Witnesses in the crowd. "And please, stop shunning your families."

Before being escorted away, she also told the crowd to Google the Australian Royal Commission's report as well as a judge's $4,000-a-day order for every day the Watchtower Society fails to provide documents on child molestation within their ranks.

The same day that Amy K. went to the Kingdom Hall in Kenosha, Wisconsin, multiple ex-Witnesses instigated a "flash mob" at one in Mahwah, New Jersey to tell their stories.

"My ex-husband is a pedophile. He raped two children in the Kingdom Hall… You all can talk to my pedophile ex-husband, but you can’t talk to me because I left [and was disfellowshipped]," one woman said. "He beat me for 11 years, [and] you asked what I did to antagonize him."

"I lost my virginity to a rape and was disfellowshipped for it," another said. "They told me it was my fault for going to a bar with a ‘worldly’ boy."

Yet another group went to the church's headquarters in Warwick, New York on Sunday to protest their abuse and demand answers -- and as Mehta pointed out, they got nothing but sprinklers turned on them and a video denouncing them a few days later.

You can watch videos of the Kingdom Hall and JW headquarters protests below.