‘Feel the passion of my thanks’: April Ryan throws major shade after Sarah Sanders demands she be thankful 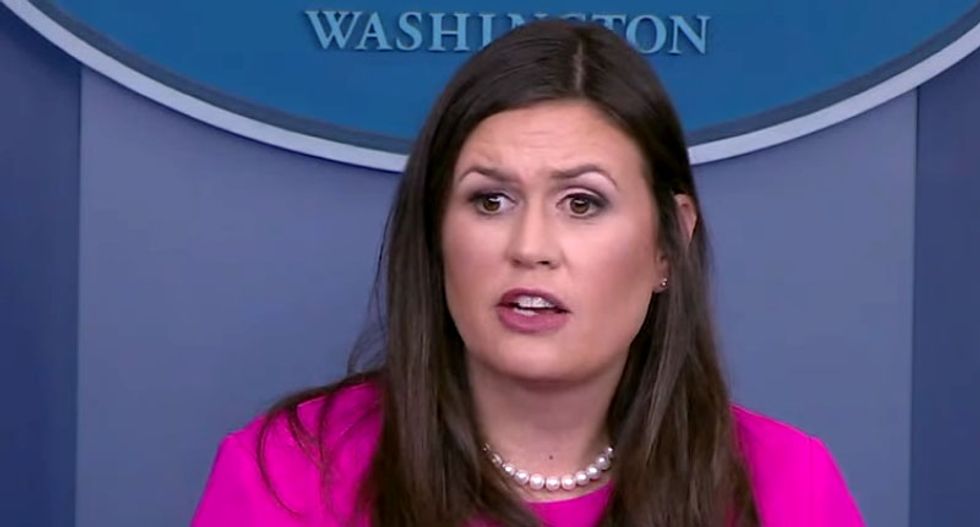 The White House press corp trolled White House Press Secretary Sarah Huckabee Sanders on Monday after she demanded that each reporter say what in their life they are thankful for before they were allowed to ask a question.

"I'm going to share a couple of things that I'm thankful for and I think it would be nice for you guys to share a few things before you ask the questions," Sanders told the reporters.

"I'm clearly thankful for all of you in the room," Sanders quipped.

The press secretary offered the first question to CNN contributor April Ryan with the condition that she say what she was most thankful for.

"I'm thankful to be able to talk to you and question you," Ryan explained. "I hope you felt the passion of my thankfulness."

As Sanders called on each journalist, it was clear that they were not feeling enthusiastic about the exercise until one correspondent said that she was "thankful for the First Amendment," causing exclamations of agreement in the room.

"I think we all are," Sanders replied.

"Yeah, but we are part of it," Ryan shouted back.