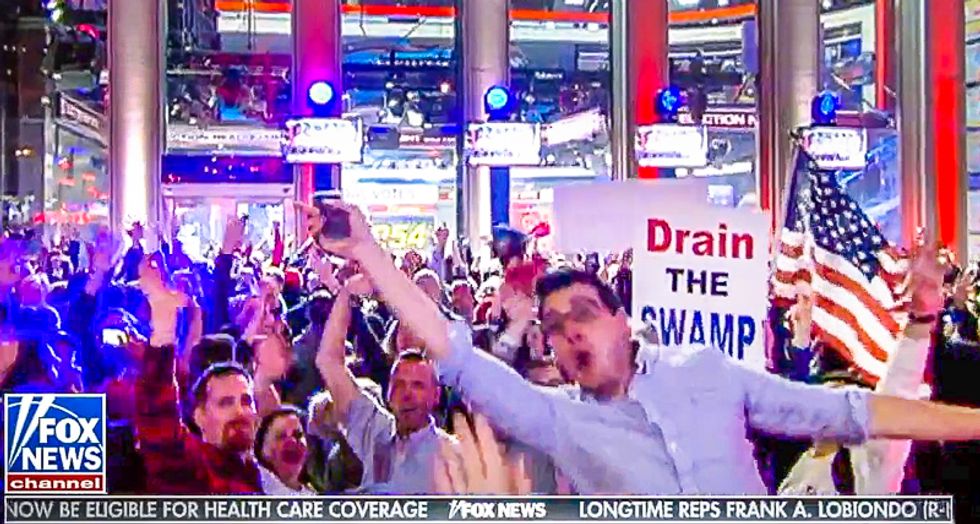 Host Ainsley Earhardt began the segment by replaying highlights from the night of Trump's win, noting that he had victories in Ohio, North Carolina, Wisconsin, Iowa and Pennsylvania.

"We all remember where we were when that news broke," Earhardt beamed. "It has been one year after President Trump's historic victory over Hillary Clinton. We are back now with our panel talking about where we all stand today."

"Hillary Clinton was the worst candidate I've seen run on a national stage," panelist David Webb opined. "Donald Trump reflected what other said around the country: it's our kitchen table, our economics -- and we need a change in Washington."

"We're not hearing that the Democrats -- as they have always been with identity politics are interested in dividing the country." he complained.

Within minutes, the panel devolved into a shouting match about whether NFL players should be allowed to kneel during the National Anthem.

"No one can hear you at home when you all yell," Earhardt scolded. "It's annoying at home."