Fox News host says church is the best place to get shot: 'There's no other place we would want to go' 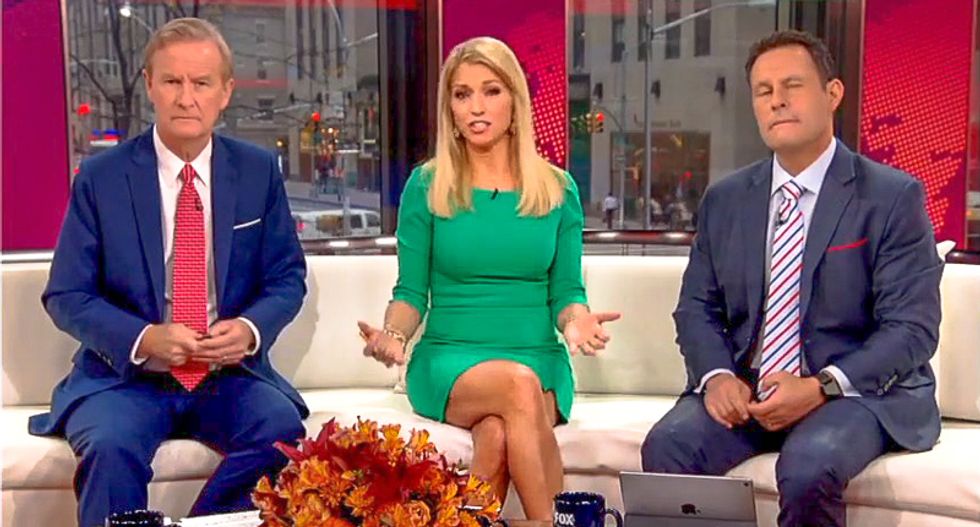 Fox News host Ainsley Earhardt asserted on Monday that the dozens of people killed at a church in Sutherland Springs, Texas had gone to the right place to be shot because they were close to Jesus at the time of their death.

"We've been reporting this shouldn't happen in a church," Earhardt said during an interview with Texas Gov. Greg Abbott (R). "But I was downstairs talking with some people that work here that we all talk about our faith and we share the same beliefs. We were saying there's no other place we would want to go other than church."

"Because I'm there asking for forgiveness," she continued. "I feel very close to Christ when I'm there. So, I'm trying to look at some positives here and know that those people are with the Lord now and experiencing eternity and no more suffering, no more sadness anymore."

Abbott agreed that there was a "necessity for us to come together under one God to purge evil and to rely upon the love that God provides."