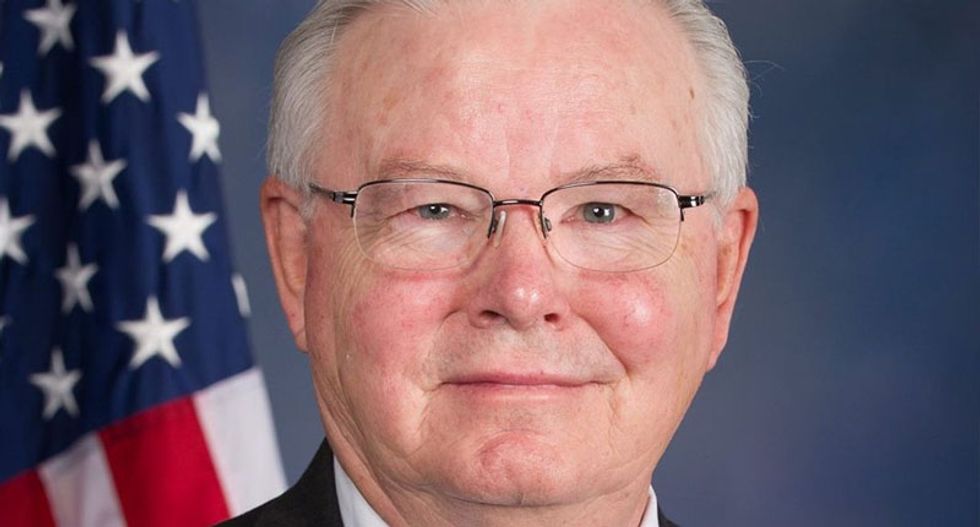 Rep. Joe Barton (R-TX) threatened to report a woman to the Capitol Hill Police if she exposed him for sending explicit photos and videos, the Washington Post reports.

The news comes after Barton on Wednesday apologized—but insisted he would not resign—for a graphic photo of him that was circulated online by an anonymous Twitter account.

The woman told the Post she was warned by Barton in 2015 against using the photos and videos “in a way that would negatively affect my career" after she began communicating with other women he was seeing romantically.

“I want your word that this ends,” he said in a recording shared with the Washington Post. “I will be completely straight with you. I am ready if I have to, I don’t want to, but I should take all this crap to the Capitol Hill Police and have them launch an investigation. And if I do that, that hurts me potentially big time.”

“Why would you even say that to me?” she asked, later demanding to know what the GOP representative what he would tell the police in such an instance.

“I would tell them that I had a three-year undercover relationship with you over the Internet that was heavily sexual and that I had met you twice while married and had sex with you on two different occasions and that I exchanged inappropriate photographs and videos with you that I wouldn’t like to be seen made public, that you still apparently had all of those and were in position to use them in a way that would negatively affect my career,” Barton replied. “That’s the truth.”

In a statement, Barton claimed the published Post transcript is evidence of a "potential crime" and insisted the Capitol Hill Police offered to launch an investigation into the publication of his illicit photo.

"I have accepted," Barton added.