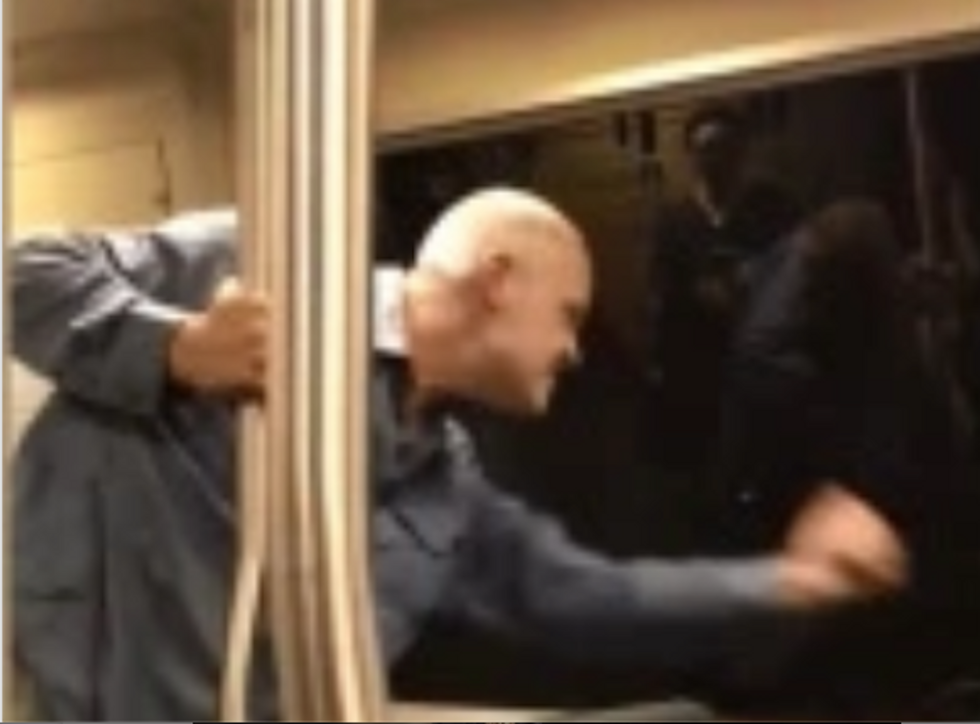 CBS News said that multiple passengers called 911 around 10 minutes after 10 p.m. on Monday to report that a white man was attacking an Asian man on a train bound for Warm Springs Station.

In video taken by another passenger, the man shouted racist epithets and slapped the other man's face.

"I hate you Chinese f*ckers," the attacker said.

When the other man stood up and appeared to be preparing to fight, other passengers urged him to be calm.

Police boarded the train in Union City but were unable to locate the suspect.

BART officials called the attack "deplorable" and "unfortunate" but commended the passengers for contacting authorities and not escalating the violence.

"About 420,000 people ride BART each day, according to BART officials," CBS said. "While the agency says it’s increasing its police presence and hiring 40 new officers, it says that it also relies on riders to report crimes."