'He projects a delusional version of himself': Nicolle Wallace wonders if anyone is 'offering Trump a reality check' 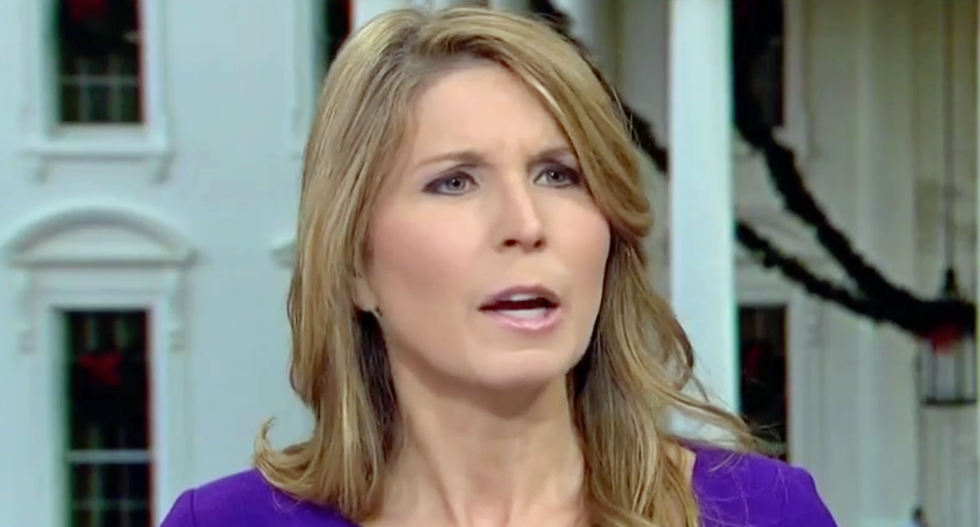 "I've picked up bits and snippets of this, but I want to ask you to share your reporting on the president's adherence to a set of facts that are not at all related to the truth," Wallace requested of Washington Post White House reporter Ashley Parker.

"This president has always been prone to conspiracy theories," Parker noted. "Throughout his entire life he's always, to put it in charitable terms, been a salesman, a marketer -- presented the rosiest reality and chosen his own set of alternative facts and lived at times in an alternate reality."

"Eli, the word I heard from White House whisperers...is that he increasingly projects a delusional version of himself to himself and to his twitter followers, this is someone staring in the mirror of his own most rabid fans and feeding them only what he thinks they will believe without acknowledging that it's moving further and further away from reality," Wallace revealed. "Do you have any reporting that suggests there is anyone on this White House staff who is interested in offering the president a reality check?"

"It's very difficult. I've heard the word delusional from some folks as well," Wall Street Journal White House correspondent Eli Stokols replied. "John Kelly came in and changed some things in the White House, but he has not changed Donald Trump's behavior -- his compulsion to grab his phone or retweet things. And he really hasn't tried."

"He's tweeting these things to 43 million people and there is a sort of authoritarian aspect to a president who so brazenly takes issue with objective truth, who disputes things that are clear and obvious to the public and has staffers out there saying -- basically backing him up and saying you don't know what's true, we're disputing that reality," Stokols continued. "It's one of the darker aspects of this administration, and I think we're seeing it every day."

"The other thing that I picked up today was that there is pretty grave concern that by re-upping Birtherism in the face and wake of all these -- we played a tape of about a minute and a half of just this blatantly racially divisive statements and he retweeted three anti-Muslim videos today," Wallace noted. "The dye is now cast, he is advancing and advocating racism in this country."

"This is someone who has always had a shaky relationship with the truth," Associated Press White House reporter Jonathan Lemire responded. "Trump Tower, just a few blocks from here, he has lied about how tall it is. He says it's ten stories higher than it is."

"This is someone whose whole political career was born on the bocks of Birtherism, a lie, a racist lie," Lemire noted. "And here he is in the office with the gravity of the White House behind him and still perpetrating in this, including these tweets this morning with these -- retweeting from an Islamophobic website, tweets so inflammatory they were denounced by Theresa May and endorsed by David Duke."