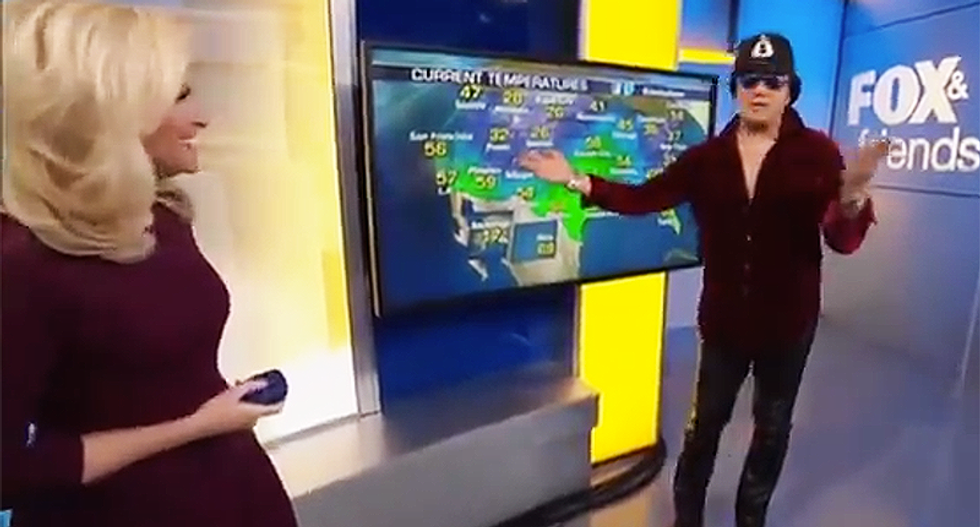 Kiss frontman Gene Simmons has been banned for life from Fox News after inappropriate and sexist antics during and after an appearance.

According to the Daily Beast, Simmons frequently appeared on Fox News and Fox Business Network. Apparently, he crudely insulted women on staff, exposed his chest and played the role for which he is known during concerts. Human Resources was not impressed.

Simmons appeared on Fox & Friends Wednesday morning to promote his book On Power. He then launched himself from the couch and tried to help the network's meteorologist with her report. He then sat in on a panel for FoxNews.com about the Harvey Weinstein scandal.

“The lunatics have taken over the insane asylum when respected business entities such as yourself ask guys that like to stick their tongues out,” Simmons said, “what I think of Harvey Weinstein.”

“Okay, I’m a powerful and attractive man, and what I’m about to say is deadly serious,” he continued. “Men are jackasses. From the time we’re young we have testosterone. I’m not validating it or defending it.”

Simmons' photo now appears at the security entrance of the New York offices saying "do not admit."

A source revealed that after filming, Simmons shouted, “Hey chicks, sue me!” and pulled open his red velvet shirt to show off his chest and stomach. He then turned to telling pedophelia jokes about Michael Jackson.

"Why was Gene Simmons ever on Fox News to begin with?" asked conservative Daily Beast writer and CNN commentator Matt Lewis.