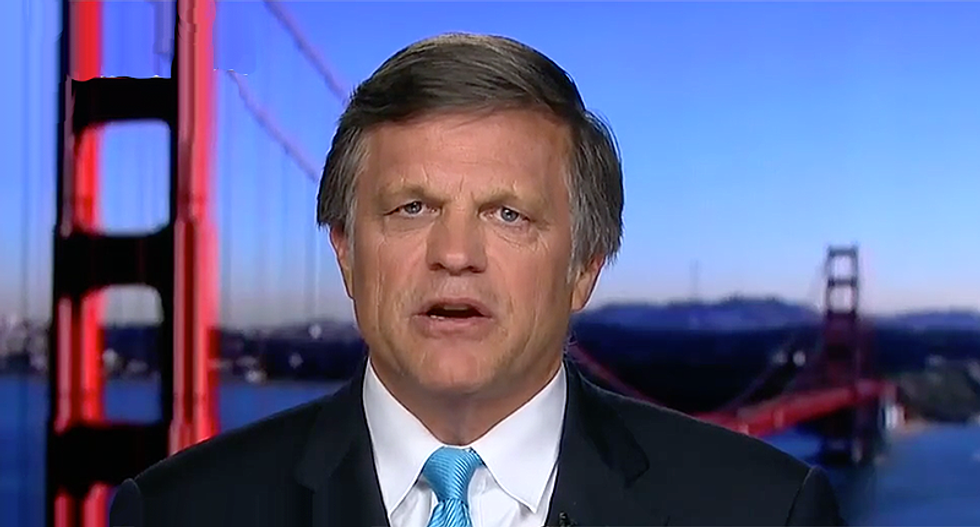 Trump said Saturday that Putin had reassured him that Russia did not meddle in the 2016 presidential election. "I really believe that when he tells me that, he means it," Trump said.

U.S. intelligence agencies, however, have consistently said they believe the Russians did try to interfere with the elections in 2016.

During an appearance on CNN, Brinkley was asked if there had ever been another time in U.S. history when the president seemed so divided from the opinion of "seemingly everyone else."

"No. It's kooky," he replied. "Here we are on what should be a Veteran's Day moment with the President of the United States in Vietnam... he should have been talking about the service of Marines, Air Force, Army and Navy in Vietnam on Veteran's Day and instead he's backing the KGB and Putin in dissing his own CIA on foreign soil."

"It's an utter disaster," Brinkley continued. "The trip had some momentum going and Donald Trump step in it again. He cannot accept the fact that maybe his election had an asterisk by it. Maybe Russian interference... means he is not a real president."

"But to do that in this kind of way, attack your own CIA when you're on an Asian trip is unbelievable."