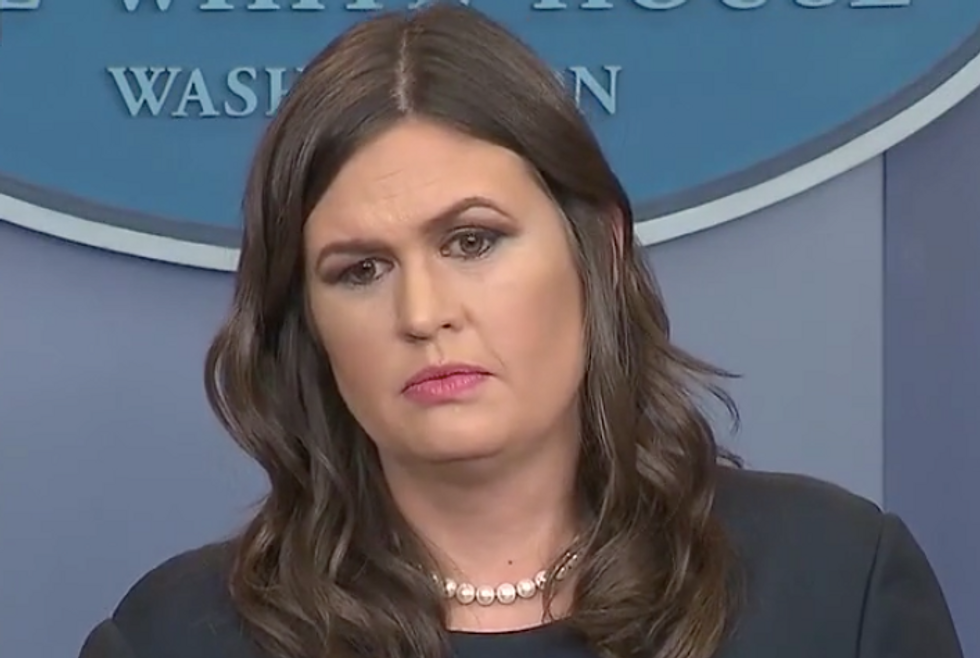 White House press secretary Sarah Huckabee Sanders offered a novel defense of President Donald Trump on Friday when she was asked why the president believes action should be taken against Sen. Al Franken (D-MN) on allegations of sexual misconduct but not against himself.

"Look, I think that this was covered pretty extensively during the campaign," Sanders said. "We addressed it then and the American people, I think, spoke very loud and clear when they elected this president."

"So how is this different?" Vega asked.

"I think in one case specifically Senator Franken has admitted wrongdoing and the president hasn't. I think that's a very clear distinction," Sanders said.