'I teach my kids to stand up to bullies': Ted Lieu tells CNN why he won't stop mocking 'Lyin' Jeff Sessions' 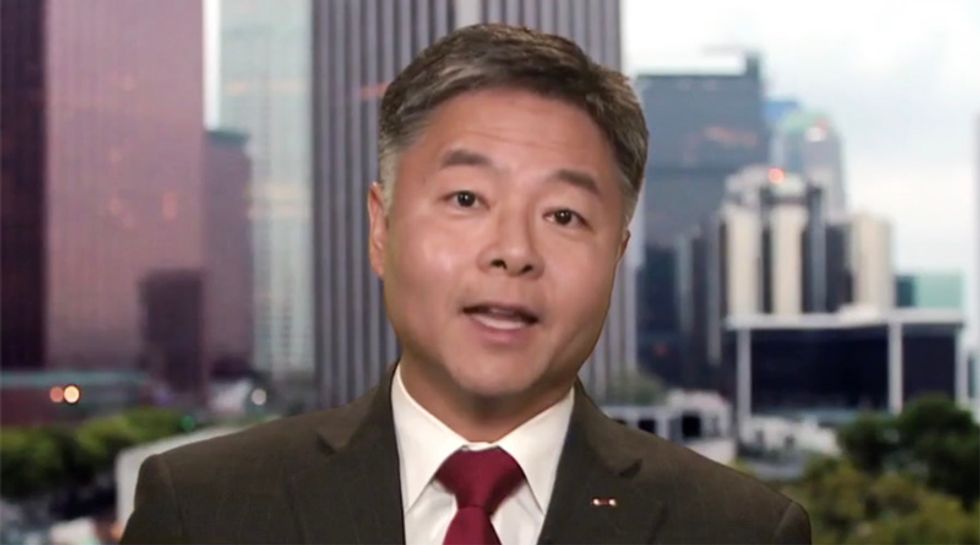 Rep. Ted Lieu (D-CA), who drew the ire of Attorney General Jeff Sessions Tuesday during his testimony with the House Judiciary Committee, went on CNN Wednesday to defend his fight-fire-with-fire approach to politics.

In particular, CNN hosts John Berman and Poppy Harlow asked Lieu if it was right for him to refer to Sessions as "Lyin' Jeff Sessions," as they believed that name-calling of that nature was beneath the dignity of elected office.

"I am choosing words that the President of the United States uses on his Twitter," Lieu replied.

"I understand that, but does that make it right?" asked Harlow. "Do you like hearing the president use words like that?"

"I am highlighting it because until the president changes, I will keep doing it," Lieu replied.

Harlow then asked Lieu if he would teach his children to talk about other people in the same way President Donald Trump does.

"I teach my children they should stand up to bullies," Lieu said. "The President of the United States is a bully, and I will stand up to him. Absolutely."