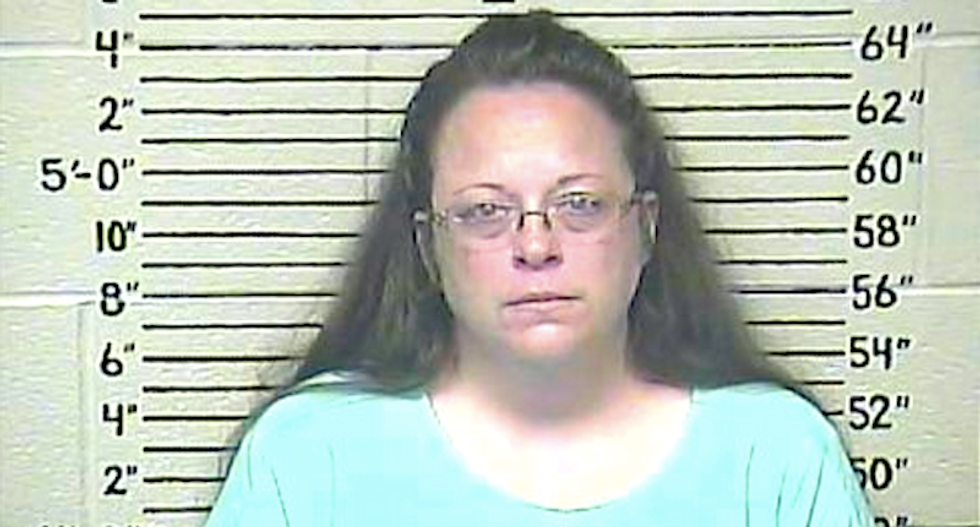 Kim Davis, the infamous court clerk in Frankfurt, Kentucky who was jailed for refusing to issue marriage licenses to gay and lesbian couples, is seeking re-election in 2018.

As the Associated Press reports, Davis intends to file for re-election during the filing period that begins tomorrow.

Naturally, Twitter jumped on the news -- and had a lot to say about her revival.

"Kim Davis is trending and it reminded me of one of my all-time fav tweets," user Brendan Scannell wrote, linking to a 2015 tweet that read "Kim Davis is like if a floor-length jean skirt were a person."

Others pointed out the hypocrisy in Davis becoming a conservative hero for protesting at work while Colin Kaepernick and other NFL players are demonized by those same right-wingers for doing so.

"If you cannot do your job, you should not be re-elected to do that job," user Alex Palombo wrote. "Kim Davis cannot do her job."

Check out some of the best responses to the news below.

@AP I would like to remind folks Kim Davis has been divorced 3 times, so when she speaks of the "sanctity of marria… https://t.co/lNembPqPeD
— Frost-Barnes (@Frost-Barnes) 1510085745.0

"Kim Davis" is a criminally ignorant, legally corrupt, and morally impoverished disgrace who belongs either in jail on an insane assylum
— Maurice Ross (@Maurice Ross) 1510091388.0