'Is this fun for you?': Don Lemon demands conservative explain how he can constantly 'defend the indefensible' 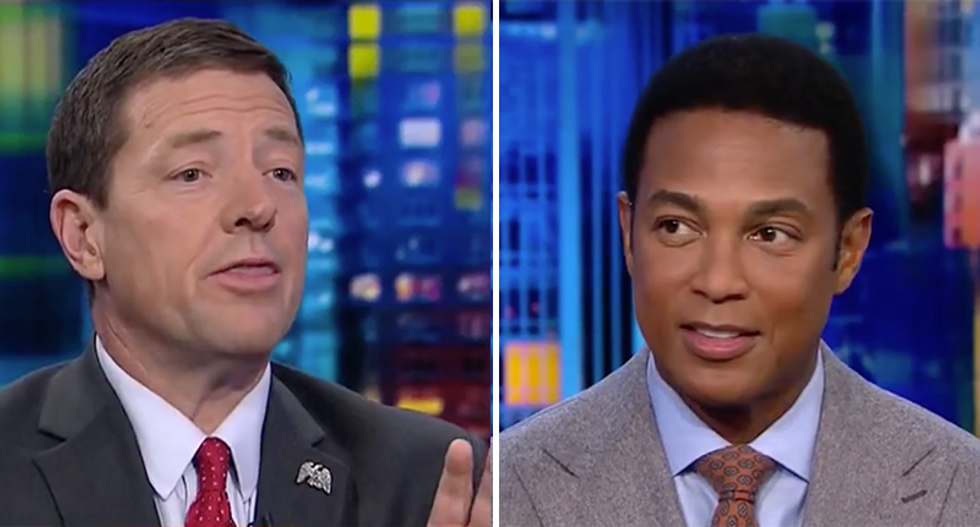 A heated debate broke out on Thursday's episode of Don Lemon's show. The CNN host was so aghast at the spin conservative Ed Martin, was twirling he simply had to stop the discussion.

At the suggestion, progressive commentator broke into a repetition of "Oh, my God" and warned, "That's why we're in trouble."

Lemon wondered how any of this had to do with the "deep state." He, along with conservative ABC contributor Tara Setmayer, couldn't understand the sequitur.

"Because if bureaucrats are in charge like Charles says and can't be held accountable to the executive, it doesn't matter if we have elections," Martin argued. He said that it wasn't practical to take his legal problems to the DOJ but that it was perfectly legal. Blow was appalled.

"Let me ask you a question," Lemon cut in. "If you think this is the way it's done, because it hasn't been done that way, why did the president say, 'I'm frustrated,' remember? Because he could not interfere with the Justice Department and he wanted to have more influence when traditionally presidents have not had that and they have separated."

Martin argued that there has never been a policy put in place to implement that tradition. Thus, it wasn't illegal or unethical.

Setmayer argued policies don't come out of thin air. They then asked Martin why the White House Counsel would have been put in place if it was the DOJ's role was to defend the president. Martin argued that it didn't matter why.

"Do you sit around and just figure out ways to defend anything the president does and says?" Lemon asked Martin. "Even when it doesn't make sense? Because it seems like no matter what. If I say 'The president is supposed to have five toes.' You would say, 'No! No! This president has six toes! Because that's the new way it's done and no one has ever said that a person is supposed to have--' It just seems like you make up these outlandish reasons to defend the indefensible every single time. I love having you on, but why do you do that? Is it fun for you?"

Ed Martin is a paid commentator by CNN, despite the fact that he's called the network "fake news" in the past.

Watch his answer in the video below: