'It's just Don': Watch CNN's Lemon swiftly shut down Moore attorney who tried to give him a bizarre nickname 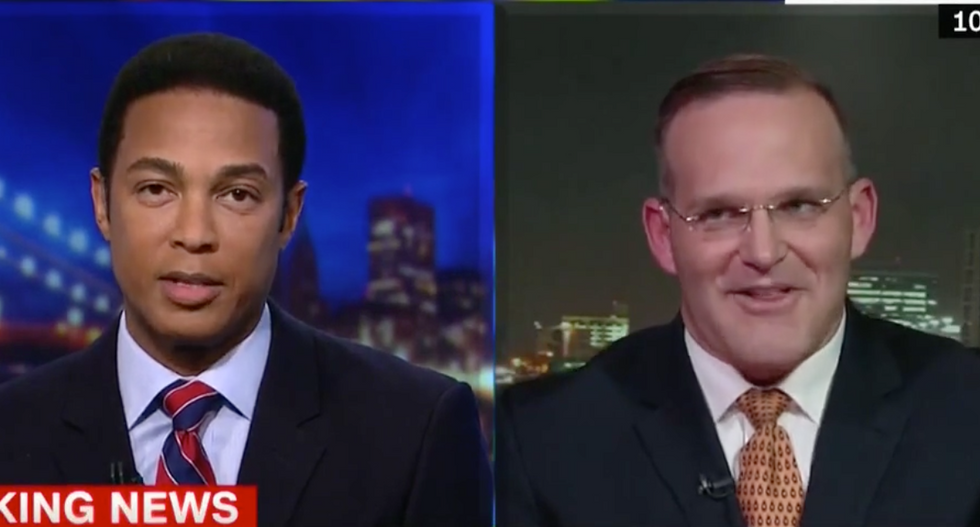 In a bizarre segment on Friday, Trenton Garmon, attorney and friend of Roy Moore tried to dub CNN’s Don Lemon as “Don Easy Peasy Lemon Squeeze-e”—and was totally shut down.

“Yeah man it’s great to be on here, I really appreciate it,” Garmon began, during a discussion of the allegations levied this week against Moore. “I hope that I’m able to give you the name “Don Easy Peasy Lemon Squeeze-e,” right? You’re gonna take it easy on me?”

Lemon didn’t react to Garmon’s first invocation of his new nickname, but later in the segment, the host swiftly shamed his guest for dropping the moniker once again.

The pair were talking over one another when Lemon explained to Garmon, “It’s a conversation, it's not a monologue.”

“What I said specifically at the top of the show was the statute of limitations has run out, so there will be no judge and jury,” Lemon said of Moore’s current predicament. “There will be no process. the process is that a woman has come forward on the record,:

“I got you,” Garmon insisted.