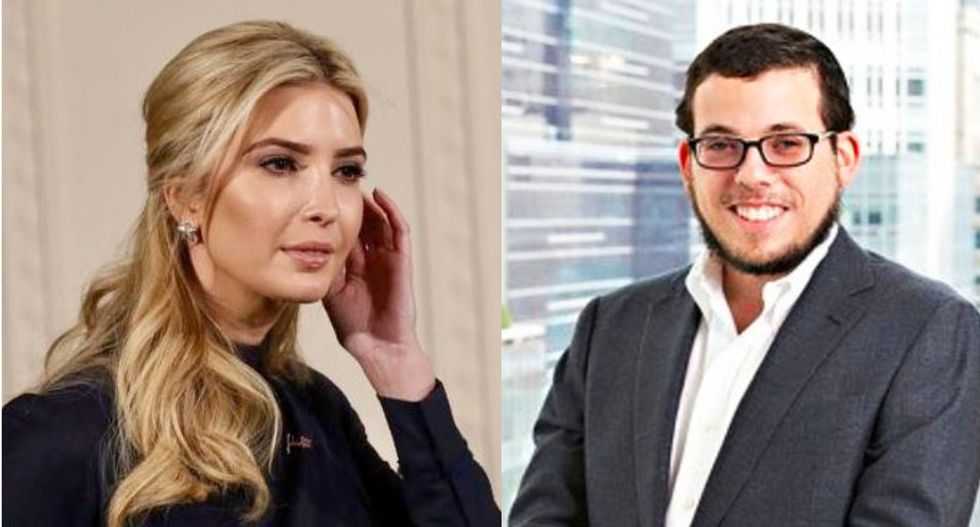 Celebrity gossip website TMZ is reporting that White House senior advisor Ivanka Trump is being sued for failure to pay her bills.

Moshe Lax is the First Daughter's business partner for Ivanka Trump Fine Jewelry. He has been described as a "rich kid career grifter" who even stiffed Ivanka over the course of their business partnership.

Lax is a "diamond heir" that Ivanka met over a Florida land deal.

“In that way, I suppose, we were a lot alike, trying to make our own way along a path set out for us by our fathers and trying to extend that path in exciting new directions, which I guess explains why we hit it off,” Ivanka wrote in her 2010 memoir, "The Trump Card."

Ivanka's father, President Donald Trump, has a notorious reputation for "renegotiating" after a deal to refuse to pay his bills in full.

"I fight like hell to pay as little as possible," Trump told Reuters in 2015.

“I know when I’m being overcharged,” Trump said in the interview. “Other people don’t and they’re suckers.”

Trump's pattern did not end when he entered the White House. The Trump International Golf Club in Dubai has been damaging the reputation of the United States by refusing to pay migrant workers, forcing their families in Asia to take out high interest loans to cover the delayed remittances.