'Jared will flip like a pancake' on Trump after Flynn gives him up, predicts Obama's ethics czar 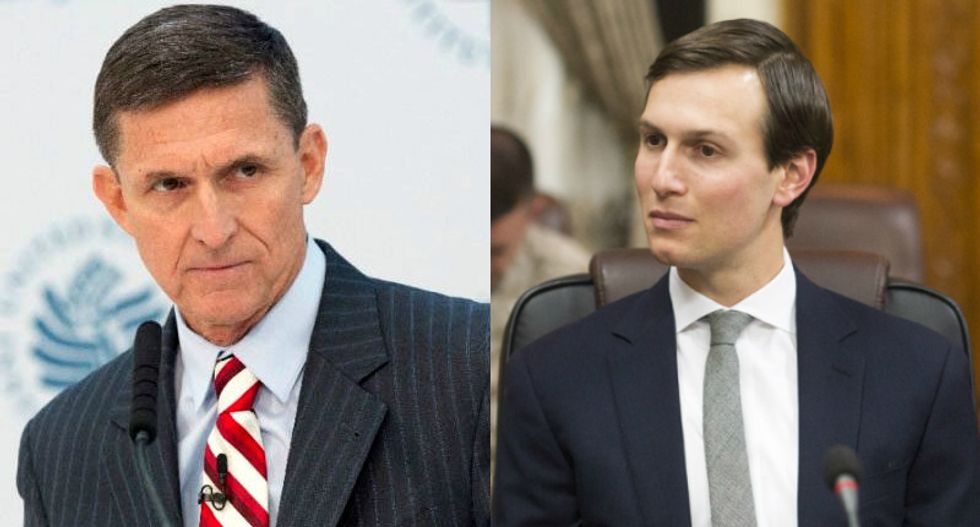 Mike Flynn looks to be cooperating with special counsel Robert Mueller's investigation -- and that spells big trouble for President Donald Trump, his son and son-in-law.

Norm Eisen, the former ethics czar for President Barack Obama, said news that Flynn's attorneys have stopped sharing information about the case with Trump's legal team should put the president on notice.

"Flynn may or may not have dirt on the Prez, but he surely will roll over on (Kushner), who will flip like a pancake on daddy-in-law's (obstruction)," Eisen tweeted. "They are gonna have to start frisking Jared for a wire in the Oval. Today is Cursegiving not Thanksgiving for POTUS."

Eisen said he'd helped negotiate a cooperation deal with another target of a Mueller investigation, when the special counsel was a U.S. attorney, and he said that offered some insight into how a Flynn deal might work.

"Lemme tell ya, he's not gonna give one to Flynn unless he implicates someone up the ladder," Eisen said. "That means Kushner, Don Jr., or Big Daddy. They are all having indigestion tonight."

Eisen followed up his Thursday night tweets with another the next morning, which should give the president even more cause for alarm.

"One more thing I learned about Mueller," Eisen tweeted. "When I was at State & he was at FBI we worked together on an investigation, & he loves surprises. Kushner, Donnie Jr. and the rest of the Trump crime family better keep their overnight bags handy. Pack shoes with no laces guys."