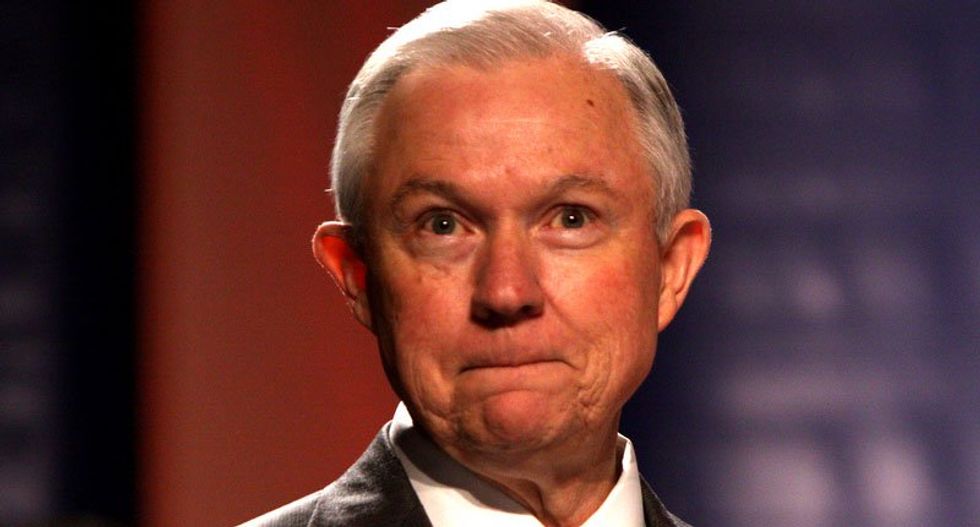 Attorney General Jeff Sessions said on Tuesday that the "chaos" of President Donald Trump's 2016 campaign caused him to forget meetings in which Trump campaign aides told him that they were reaching out to members of the Russian government.

In his opening statement before the House Judiciary Committee, Sessions said that it was very difficult for him to recall all of the details about which Trump campaign officials tried to talk to the Russian government about unearthing damaging information on Democratic opponent Hillary Clinton.

"It was a brilliant campaign, I think, in many ways, but it was a form of chaos every day from day one," Sessions said. "We traveled sometimes to several places in one day. Sleep was in short supply, and I was still a full time senator with a very full schedule."

Sessions, however, did acknowledge that he was at a 2016 meeting where former Trump campaign aide George Papadopolous pitched setting up direct contacts between Trump and Russian President Vladimir Putin.

"I do now recall that the March 2016 meeting at the Trump hotel that Mr. Papadopoulos attended, but I have no clear recollection of the details of what he said at that meeting," Sessions said. "But I did not recall this event which occurred 18 months before my testimony of a few weeks ago. And I would gladly have reported it had I remembered it, because I pushed back against his suggestion that I thought may have been improper."