John Oliver ponders: Is Trump even smart enough to be evil? 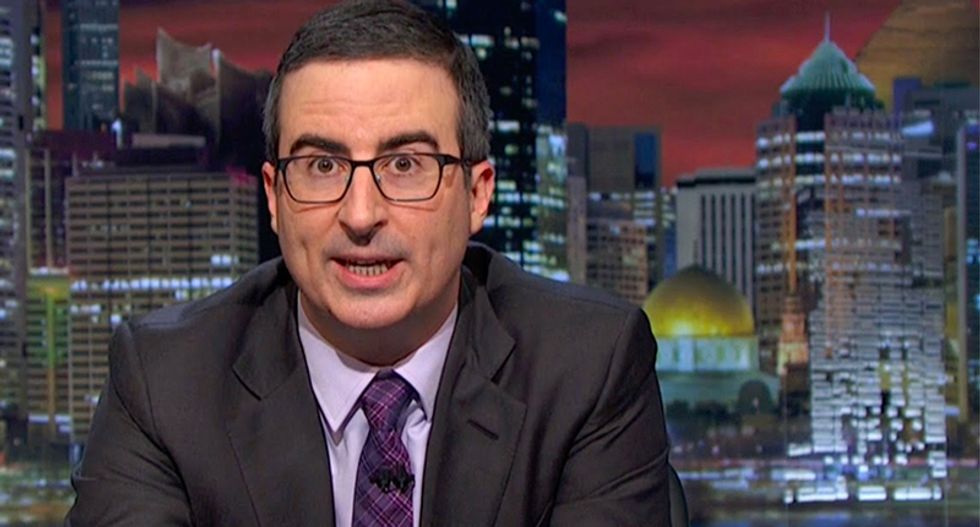 This week on HBO's "Last Week Tonight," host John Oliver lit into President Donald Trump's habit of playing "the Trump Card," i.e., to fall back on using his own incompetence as a defense for wrongdoing.

"The news surrounding Trump this week was dominated by the bombshell that dropped on Monday," Oliver said, referring to special counsel Robert Mueller's indictments of Paul Manafort and Rick Gates and the guilty plea of George Papadopoulos.

"Yes, it's finally happening. The first charges in the ongoing scandal that we've been calling 'Stupid Watergate,'" Oliver said.

He began by taking a look at the "truly impressive" charges against Manafort and Gates.

"The rap sheet against them is impressive," Oliver said, pointing to Manafort's extravagant spending on Oriental rugs and menswear.

"Over 2 million dollars on rugs and clothes?" he said. "I can't speak to the quality of his rugs but how the fuck is this guy spending that much on clothing?"

When journalists attempted to reach a number of high-end menswear companies, all denied knowledge of Manafort.

"But what brand would not want as its public face a man who looks like an extra from a direct-to-DVD mobster movie who fell asleep in a tanning bed?" Oliver asked.

But the real buffoon in all of this, Oliver said, is Trump, who is telegraphing guilt in every tweet and outburst. But, when questioned or cornered, Trump just says he didn't know that what he was doing was wrong.

"Did Trump know all of this and not care?" Oliver asked. "Or did he not know because he's incompetent?"

"In other words, is Trump smart enough to be evil?" he asked.

"At this point," Trump's defense regarding the three people facing serious charges in Russia investigation is to day, "I don't know anything about the people I should have known those things about," Oliver said. "That is his signature move. He's playing 'The Trump Card.'"

"And what I mean by that is he's using his own incompetence as his defense," he said. "That is the Trump Card. And the worrying thing here is that it may work for Trump."

"We cannot accept the Trump Card as his defense here, because if we do, just think about what we'd actually be saying there, we'd be saying, 'Look this is guy is too dumb to really understand what he's doing. So I guess we have no choice but to let him keep being president."

"Let's not do that," he concluded.