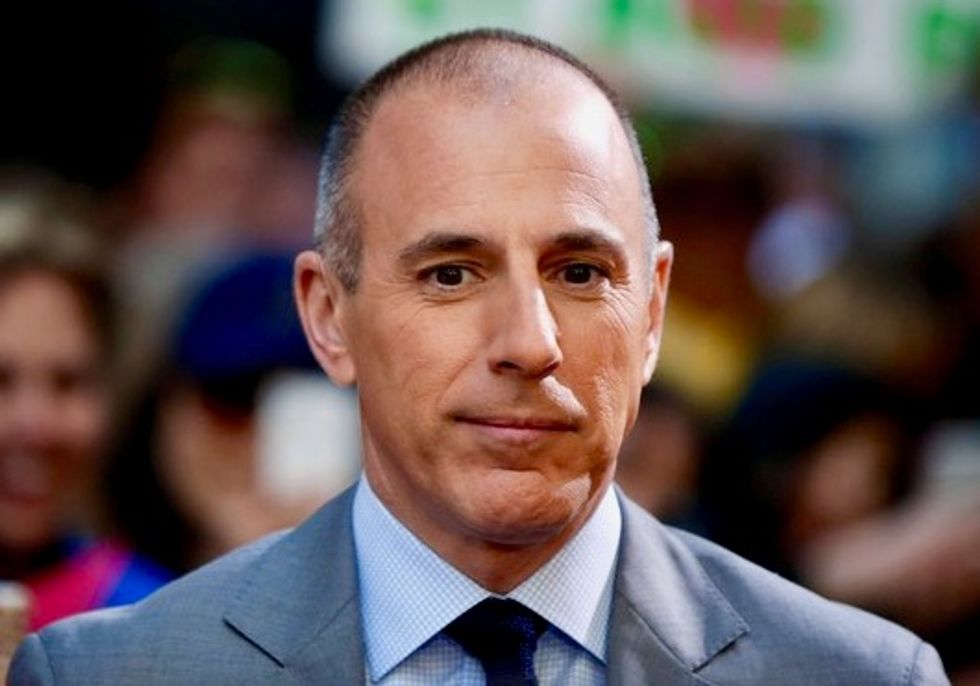 Matt Lauer apologized and said he was "soul searching" in a statement read out on NBC's "Today" show on Tuesday, a day after he was fired from his role as co-host of the popular morning show for what the network said was inappropriate sexual behavior.

"There are no words to express my sorrow and regret for the pain I have caused others by words and actions," Lauer said in the statement released to the network. "To the people I have hurt, I am truly sorry."

Lauer said that some of what he has been accused of is untrue and mischaracterized but said, "there is enough truth in these stories to make me feel embarrassed and ashamed."

Reuters has not been able to verify the accusations.

Lauer has been a fixture of U.S. morning television since becoming a "Today" anchor in 1997 and went on to become one of NBC's highest-paid personalities, earning $20 million a year.

The married 59-year-old news star was one of the latest public figures to be embroiled in accusations of sexual misconduct that have recently struck down high-profile men in entertainment, politics and media.

"Repairing the damage will take a lot of time and soul searching and I'm committed to beginning that effort," Lauer said in the statement. It is now my full time job. "The last two days have forced me to take a very hard look at my own troubling flaws."