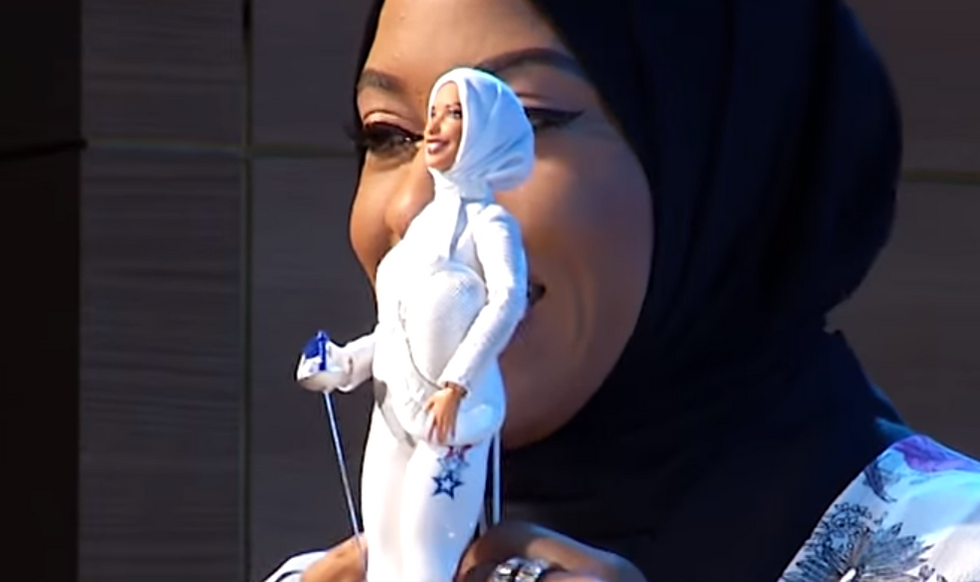 Olympian Ibtihaj Muhammad shows off a Barbie doll modeled after her (Screen cap).

Mattel this week unveiled a new Barbie doll modeled after Olympic fencer Ibtihaj Muhammad, who made headlines for competing in the 2016 Olympics while wearing a hijab.

The announcement of the new hijab-clad Barbie sparked instant outrage among Islamophobes all across the internet, as many accused Mattel of using their iconic dolls to promote terrorism -- despite the fact that the doll is modeled after an Olympic fencer.

"Barbie is a traditional american icon," wrote one man in response to a Fox News report on the doll. "That 'thing' is an abomination. Islam doesn't respect women or their rights as human beings."

Check out more reactions below.