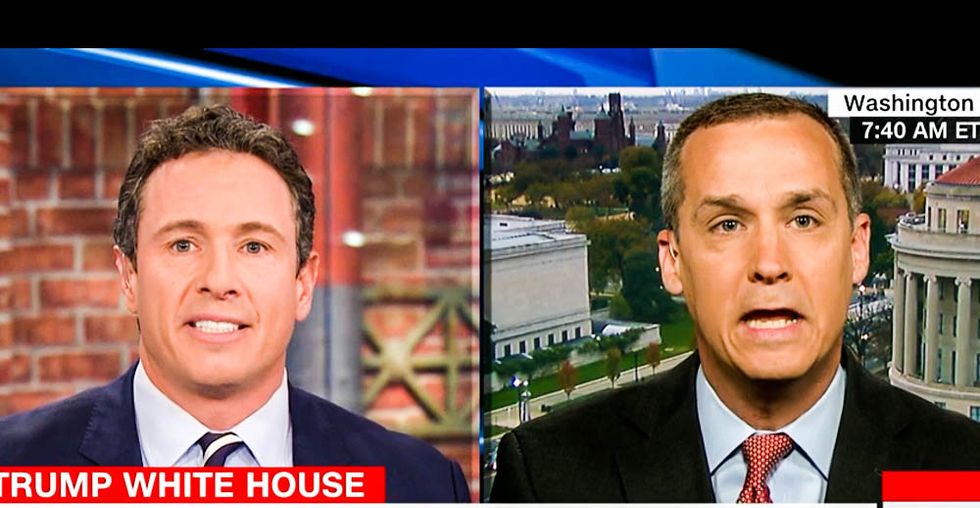 Former Trump campaign manager Corey Lewandowski appeared on CNN Tuesday morning to defend his past false statements claiming that he had no knowledge of anyone within the Trump campaign having contacts with Russian officials.

Cuomo started off by asking Lewandowski why he suddenly recalled talking with former Trump campaign officials about their attempts to contact the Russian government during last year's presidential campaign, despite the fact that he'd previously issued blanket denials that any such contacts occurred.

"Let me be as clear as I can be, Chris," he said. "I've said this many, many, many times. I have never, to the best of my knowledge, ever communicated with anybody who was a Russian, Russian agent, Russian supporter or somebody who was from the Russian government in any way, shape or form."

Cuomo then asked him how he could be so sure of that, and Lewandowski replied that it's hard to know who is and who isn't a Russian spy.

"Maybe you're a Russian agent," Lewandowski said to Cuomo.