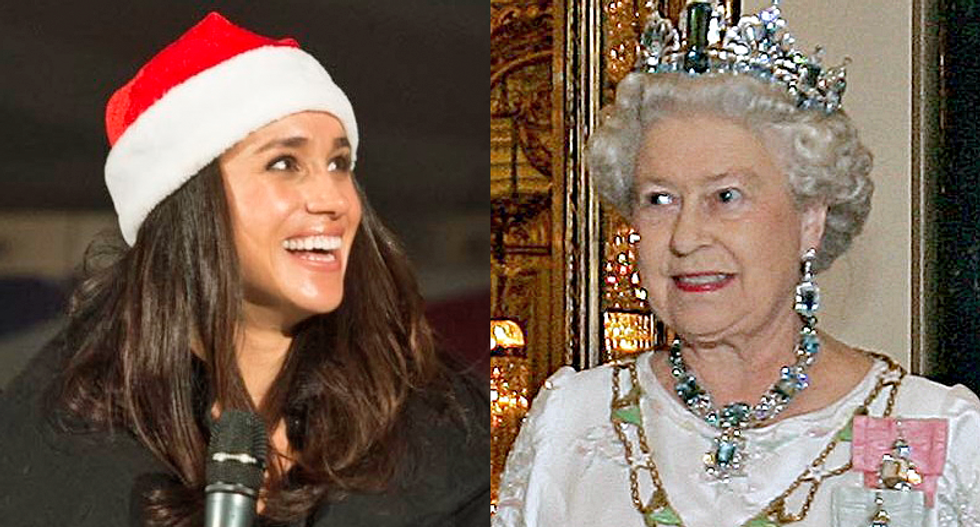 “You have to go back to Prince Philip to think of a recruit to the family who is so evidently feisty and spiky,” said Robert Lacey, a historian and biographer of the Queen. “I can see that this is going to be a real problem in the months and years ahead for her, an existential problem."

Prince Harry is fifth in line to the throne. Markle is a divorced woman of mixed race, who grew up under the protection of America's First Amendment.

Markle, whose African American mother has a master's degree in social work from the University of Southern California, was raised "with a social consciousness to do what I could and speak up when I knew something was wrong."

Markle is a women's advocate for the United Nations Entity for Gender Equality and the Empowerment of Women. She has been outspoken in criticizing "misogynistic" and "divisive" actions of President Donald Trump.

“It’s a bit like going in the goldfish bowl. Everything changes. What she was able to say before she came into ‘the firm’ is very different to what she is going to be able to say now," Dickie Arbiter, a former press secretary to Prince Charles explained. "It all changes."

“Now she has come into the royal family, she will have to be politically neutral. Harry has probably made that perfectly clear. He knows she has been outspoken, but all that has to stop. She is going to have to adapt. I am sure she is on the road already.”

Watch Meghan Markle's 2015 UN Women speech and decide for yourself if you believe she will self-censor her views for palace protocol: