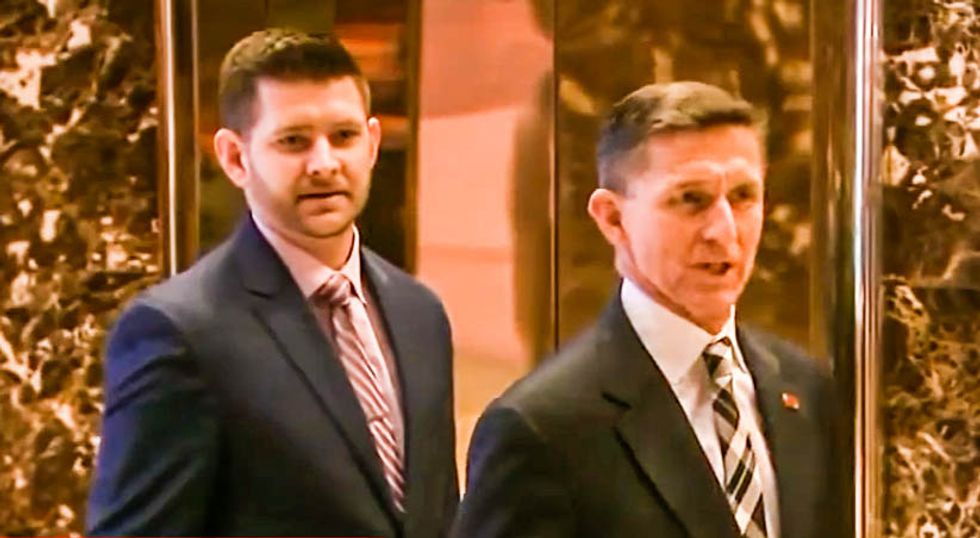 As CNN notes, this concern will likely “factor into” how Flynn Sr. engages with Mueller’s investigation, which is looking into Russian interference in the 2016 presidential election and collusion with the Trump campaign, of which Flynn and Flynn Jr. were vocal surrogates. According to CNN, Flynn’s wife Lori Flynn is also worried about her son’s potential legal exposure.

Of possible interest to Mueller is Flynn’s business entanglements, particularly his undisclosed lobbying work on behalf of the Turkish government. Flynn Jr. operated as Flynn’s chief of staff.

On Sunday, Flynn Jr. appeared to taunt Mueller, tweeted, “the disappointment on your faces when I don't go to jail will be worth all your harassment.”

It’s something I have not seen before in my experience as federal prosecutor,” Mariotti said. “Not only in my cases, but observing other cases. Typically when people are facing a federal indictment, they’re crapping their pants, so to speak. They’re very concerned. It is a big deal. It’s a scary thing. Usually you are not trying to upset the prosecutor. You’re usually trying to see if you can convince them not to indict. So this sort of thumbing your nose at the prosecution, it tells me that either these people are extremely foolish or they are angling for a pardon in some way.”