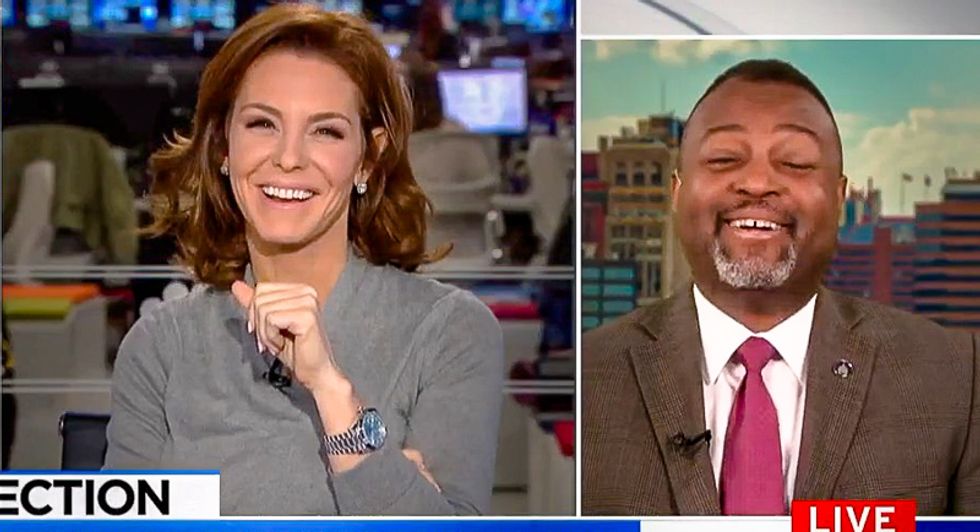 An MSNBC panel hosted by Stephanie Ruhle called out Attorney General Jeff Beauregard Sessions III for allegedly forgetting that he had conversations with Russians and with Trump campaign officials who were trying to coordinate with Russians.

At a House Judiciary hearing on Tuesday, Sessions said dozens of times that he could not recall speaking with Trump campaign officials about their travels to Russia and meetings with Russians. The attorney general was also grilled over why on at least six occasions he had changed his own story about meetings with Russians.

"How do you not remember a meeting but then you remember specific details about that meeting?" Ruhle asked after playing a clip of Sessions saying he could not recall former Trump foreign policy adviser George Papadopoulos proposing a meeting between the then-candidate Donald Trump and Russian President Vladimir Putin.

"I can't figure it out," the MSNBC host admitted.

"Nope," Ruhle interrupted. "His middle name is Beauregard. Don't ever forget it."

"That's got to be southern for 'I can't remember,'" Nance laughed. "For the most part, every time he comes up here, he makes these denials. There's some piece of data comes out and we patently catch him in this."

"How does he not remember the meeting but once his memory is refreshed he remembers all the details of this meeting?" Nance added. "But still he says, 'Everything I said was true.' I don't know whether he actually knows that he's falling into a perjury trap here."