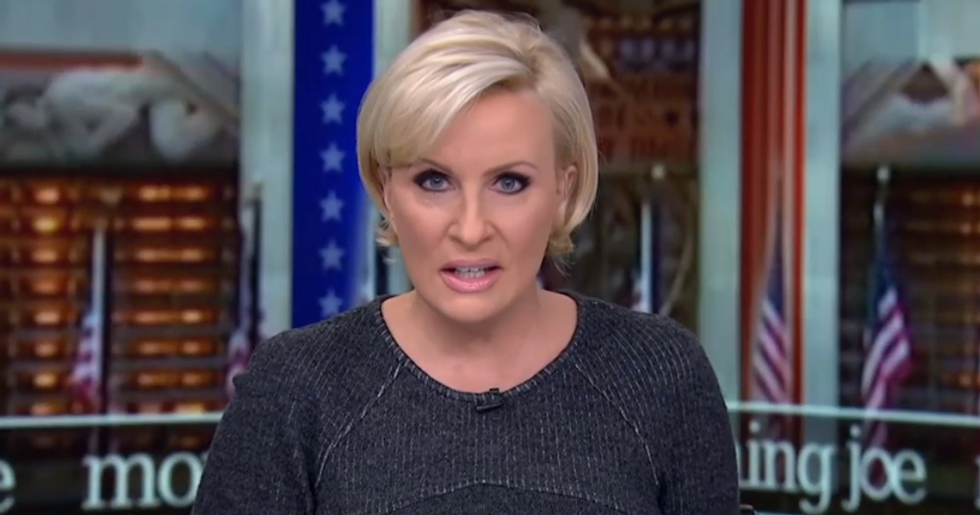 MSNBC's Mika Brzezinski took First Daughter Ivanka Trump to task for claiming to champion women's issues while simultaneously keeping quiet on whether Roy Moore should stay in the Alabama Senate race despite the allegations leveled against him by multiple women.

Brzezinski noted that Ivanka did say that she had no reason to not believe Moore's accusers, while also saying there's a "special place in hell" for people who prey on children. However, the first daughter did not call on Moore to leave the race, and her statement condemning him was nearly identical to a statement made by White House staffer Marc Short on Meet the Press this past Sunday.

"Ivanka was once positioned as a leading voice for women's issues in the White House," Brzezinski said. "And this is what we've got? She's travelling around the world... modeling her fashion designs and talking weekly about tax reform."

Brzezinski then said that, instead of doing these things, Ivanka could have a role in advocating for women's issues -- and even for calling out "people like her father" who are disrespectful toward women.

Panelist Katty Kay acknowledged that Ivanka so far has not been the staunch advocate for women that she originally claimed she would be.

"The fact that she doesn't actually call for Roy Moore to step down, that's pretty poor," she said.