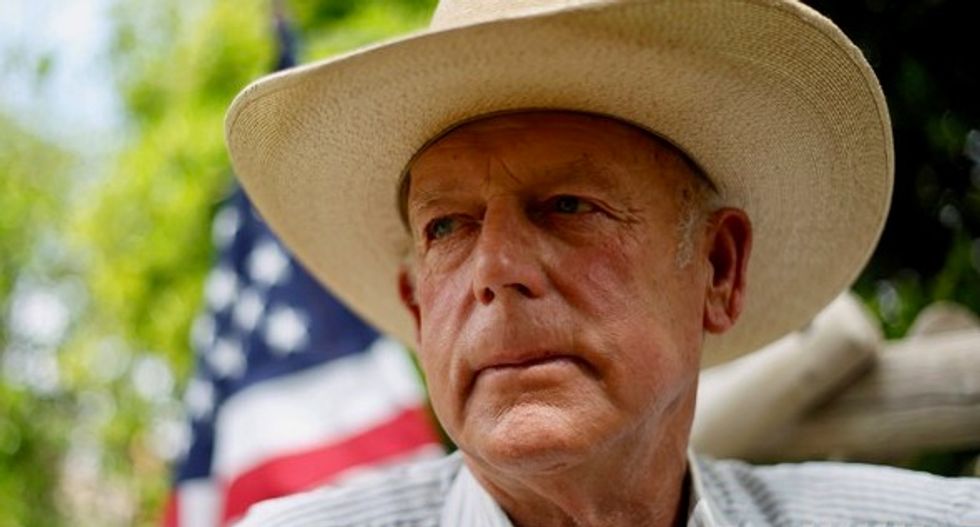 Nevada rancher Cliven Bundy and his followers were not legally protesting when they took part in a 2014 armed standoff that galvanized militia groups challenging U.S. government authority in the America West, prosecutors said on Tuesday.

Bundy and three co-defendants, including two of his sons, are accused of conspiring to use threats of force to prevent a court-ordered impoundment of Bundy's cattle, which the government said had trespassed on federal land after he refused for 20 years to pay his grazing fees and assessments.

Acting U.S. Attorney for Nevada, Steve Myhre, said in his opening statement to the jury that Bundy and the other men failed to comply with court orders set in 1998 and 2013 that Bundy must surrender his cattle if he would not pay grazing fees and obtain a permit to operate on federal land.

"These events were not protests," Myhre said Tuesday. "A protest sends a message peacefully.

"It is a crime to impede ... an enforcement officer as they execute an order of the court," he added.

Prosecutors have argued the armed gunmen were using force and intimidation to defy the rule of law.

Answering Bundy's call for help in the standoff, hundreds of followers - many heavily armed - descended on his ranch near Bunkerville, Nevada, about 75 miles (120 km) northeast of Las Vegas, in April 2014, demanding that his livestock be returned.

Outnumbered law enforcement officers ultimately retreated rather than risk bloodshed, and no shots were ever fired.

But the dispute marked a flashpoint in long-simmering tensions between right-wing activists and the government over federal control of public lands in the West.

Defense lawyers have argued that the Bunkerville defendants were exercising constitutionally protected rights to assembly and to bear arms, casting the 2014 showdown as a patriotic act of civil disobedience against government overreach.

Defense attorneys were scheduled to make their opening statements later on Tuesday in a trial expected to last through February.

Standing trial with Bundy, 71, are his sons, Ammon and Ryan Bundy, and a fourth defendant, Ryan Payne, a Montana resident linked by prosecutors to a militia group called Operation Mutual Aid.

Ammon and Ryan Bundy, along with five other people, were all acquitted in a separate conspiracy case last year stemming from the 2016 armed takeover of a federal wildlife center in Oregon.