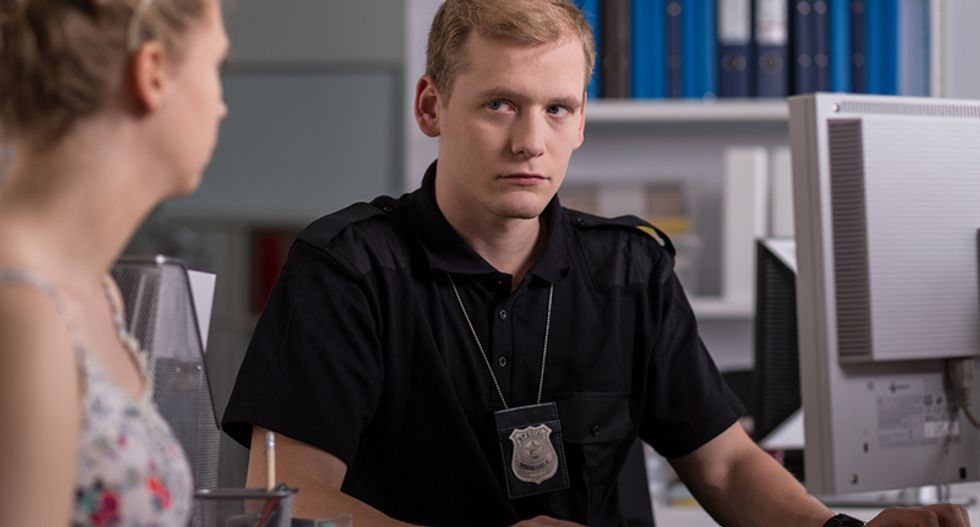 Madison County, Alabama Sheriff is being sued for discrimination after members of the office allege multiple cases of sexual misconduct without consequence, one of which was caught on tape.

According to WHNT, a lawsuit claims that Marina Garcia, who's worked as an investigator for 21 years, was the subject of Sheriff Blake Dorning's retaliation after reporting the problems to supervisors. The problems began after she was transferred to work in the Sex Offender Registration Notification Act (SORNA) office in 2004, according to the suit.

Garcia ultimately set up recording equipment to catch a deputy in the Criminal Investigation Division involved in a sex act. Her attorney explained that she concluded she was forced to record the incident to prove what she was experiencing.

“Investigator Garcia felt it would be futile to complain to Sheriff Dorning and Chief Deputy Sheriff Jernigan,” said attorney Michael Weathers. “That nothing would be done and her only recourse within the sheriff’s office was to video and audio record what was going on.”

The lawsuit comes after Garcia said she was punished, threatened and demoted after complaining about a culture of harassment and a relationship between a supervisor and a subordinate. The suit says that Garcia complained to supervisor Charles Berry, who is also named as a defendant in the case. He is alleged to have been having an affair with an anonymous female subordinate staffer.

She alleged Berry's relationship with the subordinate hindered with her work and made for a hostile workplace.

The suit alleges that the anonymous woman used Garcia's desk chair as part of a prop in performing oral sex on male sheriff's staffers as well as her ruler to measure the size of their penises.

The suit also complains of a culture of racism within the department with racial slurs used for Latinos. There were also questions by officers about the immigration status of Garcia's husband.

Another allegation is that Capt Michael Salomonsky, who chairs the Criminal Investigations Division had "inappropriate posters" on his office walls. One read: “NOTICE SEXUAL HARASSMENT IN THIS AREA WILL NOT BE REPORTED, HOWEVER, IT WILL BE ‘GRADED.’”

When Garcia raised the complaints to Chief Deputy David Jernigan in January 2016 she offered him a copy of the video that depicted the sex in the office. He refused and told her she was being demoted to a patrol car or school resource officer position. He also threatened to charge her with a crime.

The suit says that she left so shaken she was told to take two days off to compose herself. She eventually accepted a school resource officer position but raised her concerns with the county human resources officials. They took the copy of the tape and said they'd give it to Jernigan.

In March 2016, Garcia's attorney informed the county about the unlawful treatment. The suit alleges she was then suspended without pay for two days in April 2016. They then put her back in her position with the Criminal Investigation Division, though at a lower level position. Her pay was also cut from January to June of that year.

When she returned to the position in the CID, her office was unusual, according to the lawsuit.

Garcia's suit marks the third filed by Weathers against the sheriff's office in the last three months. Two claims, including Garcia's, come from a current employee. A September lawsuit was filed by a former sheriff's deputy.

“It takes a lot of courage for people to come forward in a situation like this,” Weathers toldWHNT. “There are others who are afraid to come forward with information and claims they have for fear of being fired or demoted or otherwise being retaliated against.”

“Others are afraid to come forward with information and claims they have for fear that their safety will be, and even lives, will be in jeopardy,” he continued. “My word, this is not just any organization, this is a law enforcement agency involved in these cases.”