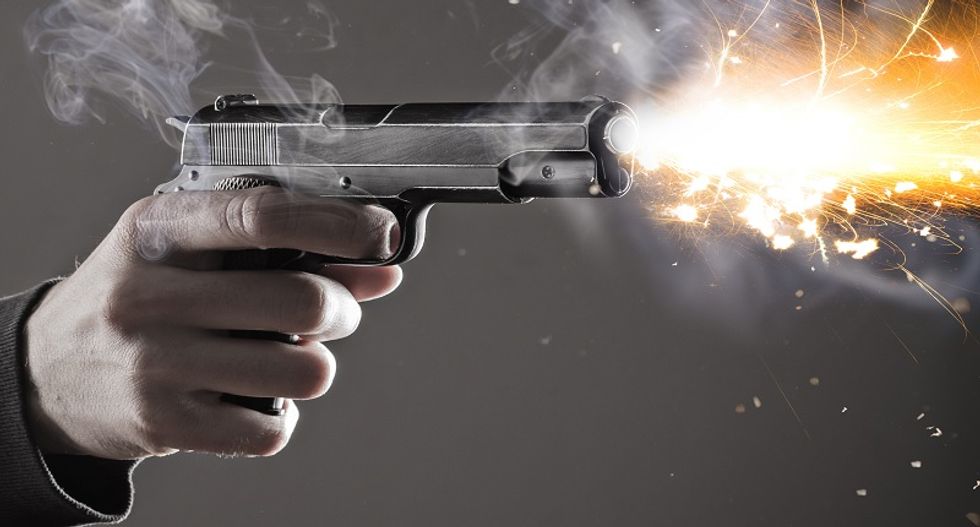 Over the weekend, the office of an Oklahoma City LGBTQ advocacy group was shot at five times while no one was there. The office's weatherproof windows received damage, and one shattered.

According to NBC News, the suspected anti-LGBTQ vandalism at the offices of Freedom Oklahoma are neither a first for gay and trans advocates in the state, nor are they the first time the group has experienced threatening behavior.

Troy Stevenson, Freedom Oklahoma's executive director, said he received death threats after his group's work on a case in Hitchcock, Oklahoma, where a gay couple's house was burned down and their family was ran out of town.

"It was a gruff voice, calling and saying ‘I’m going to kill you,’” Stevenson said of the calls he got. “I would block the number, and they would call back a couple days later, the same voice at 7 a.m. on my personal cell.”

In March, the Tulsa office of Oklahomans for Equality were also shot at by an early morning shooter, which lead Stevenson to believe the attack on his organization might also be anti-LGBTQ.

“We’re obviously going to take extra security precautions,” Stevenson said. “But we won’t be intimidated. It’s part of the nature of what we do.”