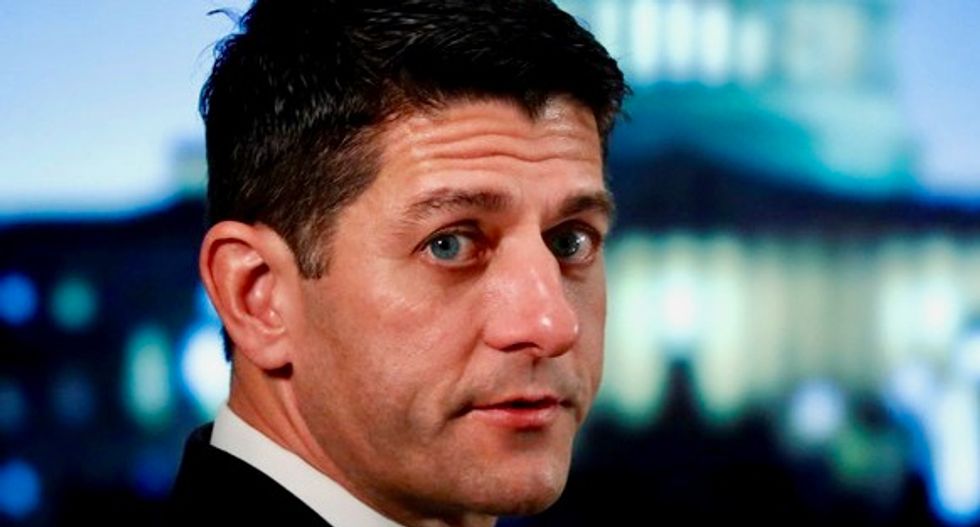 U.S. House of Representatives Speaker Paul Ryan on Wednesday left the door open to a possible delay in implementing lower tax rates for corporations, following a media report that his fellow Republicans in the Senate are exploring the option.

Republicans in both chambers of Congress are working on separate plans to give the U.S. tax code its biggest overhaul since the 1980s. President Donald Trump and House Republicans have proposed slashing the tax rate that companies pay from 35 percent to 20 percent.

But the Washington Post reported on Tuesday that the Senate's version could slap a one-year delay on the corporate tax cut to make it easier to comply with the chamber's rules that aim to limit any legislation's impact on the U.S. deficit.

Wall Street was trading largely flat on Wednesday as bank stocks came under pressure from a near-flat Treasury yield curve and investors remained focused on the tax bill debate in Congress.

"So what economists tell us ... is that you still get very fast economic growth and you actually are encouraging companies to spend on factories and plants and equipment and hiring people sooner with the phase-in."

Ryan, the highest ranking Republican on Capitol Hill, said both chambers of Congress would work on their own tax cut package and iron out the differences in a conference committee.

"The Senate is still focused on getting an economic growth plan and the House does as well. So at the end of the day, this is all to the good, it's just a debate about how good it gets," he said.

The tax overhaul is a priority for Trump, who says it will stimulate economic growth and create jobs. Republicans have yet to score a major legislative accomplishment since he took office in January, even though they control Congress as well as the White House.

Democrats have blasted the tax proposals as a give-away to corporations and the rich.

Senate Republicans are still on track to release on Thursday their version of a bill to overhaul the nation's tax code, a congressional source told Reuters. Axios had reported on Wednesday that the bill would be delayed.

Financial markets are nervous about the potential outcome of lawmakers' plans to cut corporate taxes.

"Investors realize that the House tax plan is a preliminary one and don't really expect it to pass. We haven't even seen what the Senate version of the bill looks like," said Brad McMillan, chief investment officer at Commonwealth Financial.

"I think the market has already processed a lot of good news including strong earnings, and now some of the worries are taking over," he said.