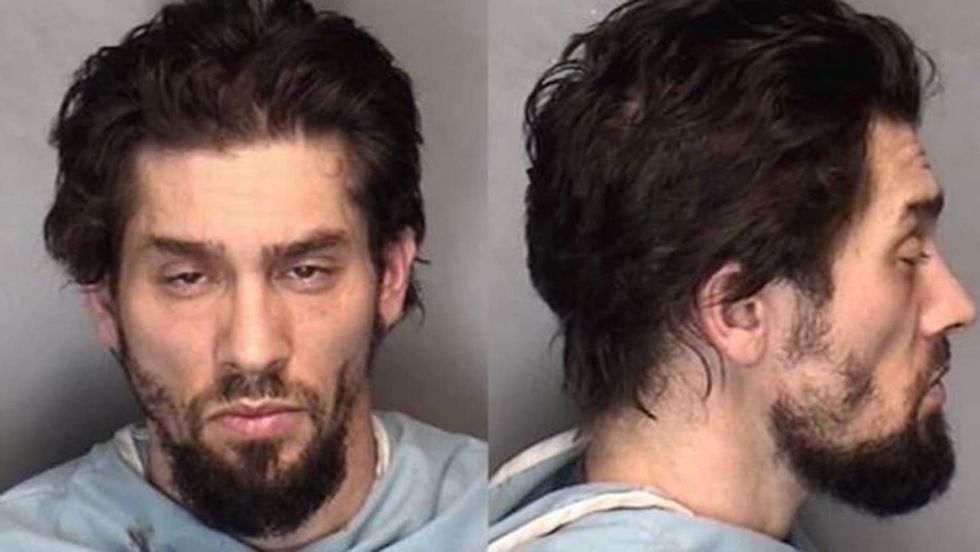 A 34-year-old Pennsylvania man has confessed to strangling a 19-year-old woman, gouging out her eyes, breaking her neck and beating her with a hatchet and a 25-pound weight plate -- all because she turned down his marriage proposal.

The Daily Beast reported Thursday that Christopher Tucker of Kutztown told police that he remembers killing Tara Serino but that he can't recall what day.

"He doesn’t remember the exact date, he told police. But he remembers killing her over a scorned marriage proposal, wrapping her body in a rug, and fleeing to Illinois, where he was arrested trying to break into a farm vehicle with the farmer still inside," wrote The Daily Beast's Kelly Weill.

The nature of Serino and Tucker's relationship is unclear, but Serino's father said his daughter left the house on the morning of Halloween and said she'd check in later. She never did.

According to a court affidavit, Serino was at Tucker's residence when he asked her to marry him. She declined the proposal, saying that she was seeing other people.

Tucker claims that Serino said something to the effect of "just kill me" and that he flew into a rage. First, he strangled her, but she survived.

"Tucker poked out her eyes, snapped her neck, and hit her with a hatchet, he told police. The affidavit also accuses Tucker of using a 25-pound weight plate in the murder. Then he wrapped Serino’s body in a rug and drove over 200 miles to Iroquois County, Illinois," said Weill.

Illinois police were not alerted to look out for Tucker, but they responded to a call from a truck stop on Nov. 1 from a farmer who had barricaded himself inside a farming combine tractor because a man was trying to break in.

Police arrived on the scene and took the suspect, Tucker, into custody. Tucker was reportedly incoherent, so officers transported him to a nearby hospital.

Once in medical care, Tucker confessed to the murder and alerted police to the body he left behind in his bedroom.

Weill said that Tucker has been charged with first degree murder, aggravated assault and possession of instruments of a crime, including the hatchet and weight pate, which the affidavit says he used to “cut, strangle and bludgeon the victim to death.”