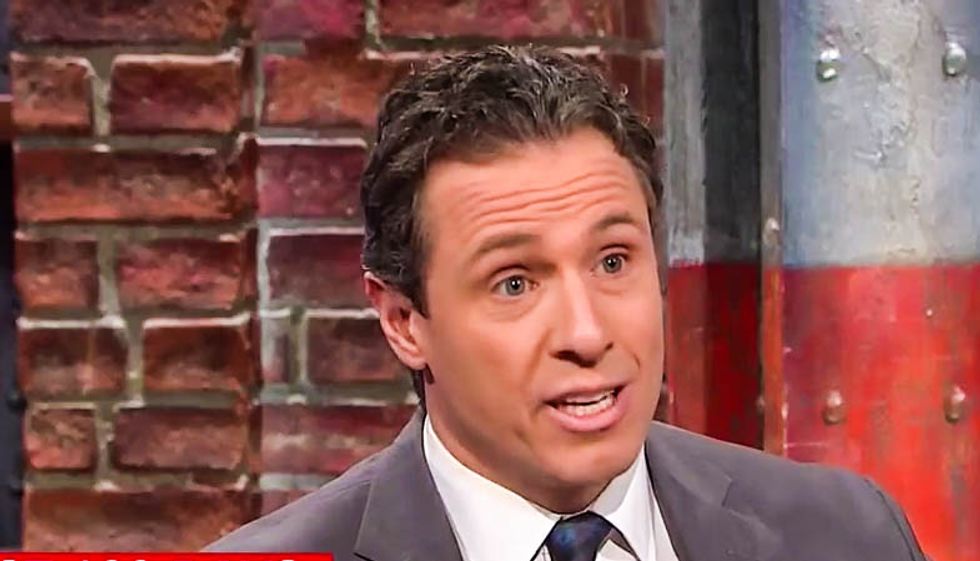 “It’s been seven weeks since Hurricane Maria and Puerto Rico is not back, OK?” said CNN’s Chris Cuomo, introducing a segment on the lackluster relief efforts in the hurricane-ravaged U.S. territory.

According to Cuomo, many of the Americans on the island remain stuck in survival mode. They still lack power and clean water, despite the efforts from the military and FEMA.

"There's all of this stuff online that everything is back to normal now. That's a lie," Cuomo said simply. "Clean drinking water is hard to come by. Power has not been restored in a lot of that country. The top commander of the United States said that this U.S. territory, remember, they are Americans there, it's time to start pulling out. The relief effort is transitioning from crisis mode to recovery. That's going to be less resources."

Those meager resources come amid allegations of a misuse of funds by Whitefish Energy. The company allegedly charged Puerto Rico $319 per hour for linemen to restore power, but they actually only paid the workers $63 per hour.

"This is part of America. These are American citizens," Cuomo said, blasting the treatment of the Puerto Ricans.

"I couldn't agree more with you, Chris," said reporter Leyla Santiago, who has been on the ground since before the hurricane. "Let me be more exact, 3.4 million American citizens will watch today as the three-star General leaves the island. He is aware of what you are saying. He knows much of this island still doesn't have power, still doesn't have clean water. And yet as we were with him in his last 24 hours on this island, he is standing by his decision to leave."