'Putin lies to his face and he believes him': Nicolle Wallace slams Trump for embracing a 'pattern of deceit' 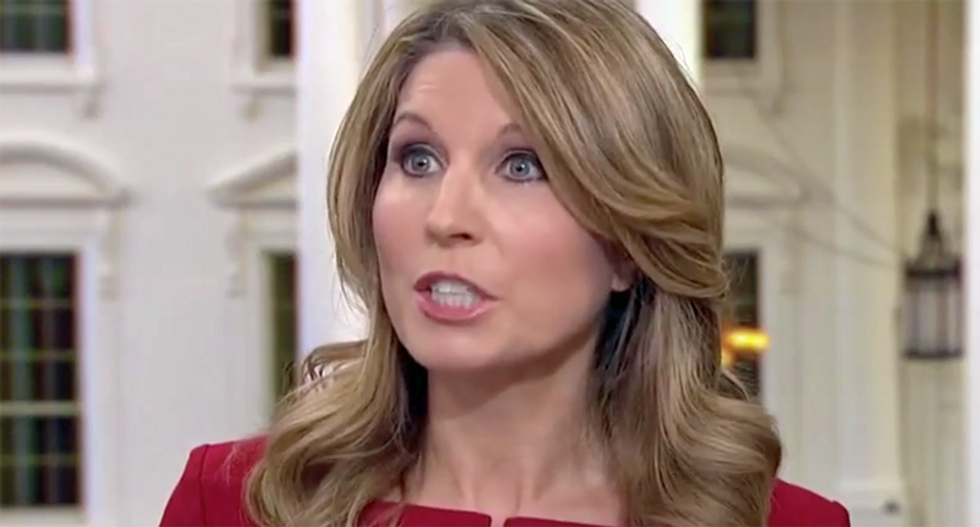 "What you just listened to was a series of mistruths, falsehoods and inaccuracies," Wallace concluded. "Whatever you want to call them, those statements were just flat-out untrue, no matter how forcefully they were shouted."

"Why this pattern of deceit? Is it possible they all misremembered the facts or is it something else?" Wallace asked.

Wallace then suggested her views read a new column by Michael Gerson, who served as the chief speechwriter in the George W. Bush White House.

"I feel like we ride the president pretty hard in a minute-by-minute fact-checking manner, but to see him lay out the whole case was stunning," Wallace noted.

"To hear him go through it categorically is frightening," the Rev. Al Sharpton agreed. "We're talking about really tearing down the very fabric of what the country is supposed to stand for in the highest office."

"There are some criticisms that the White House staff seems immune to, this branding the entire Trump administration as a group of liars seems like one that might get under their skin," Wallace predicted.

"The White House only exists in service to this president and his beliefs, and his reality is his reality -- there's no changing it," Eli Stokols, White House reporter for The Wall Street Journal replied. "So he's not going to be shamed by any incoherence or demonstrable untruth, he just won't be."

"Putin lies to his face and he believes him, the truth smacks him in the head and he doesn't," Wallace observed.

"Trump is concerned primarily with his base, people who are motivated by grievance," Stokols explained.