Putin-linked businessman who Trump claims he can't recognize showed up at his invite-only election party: report 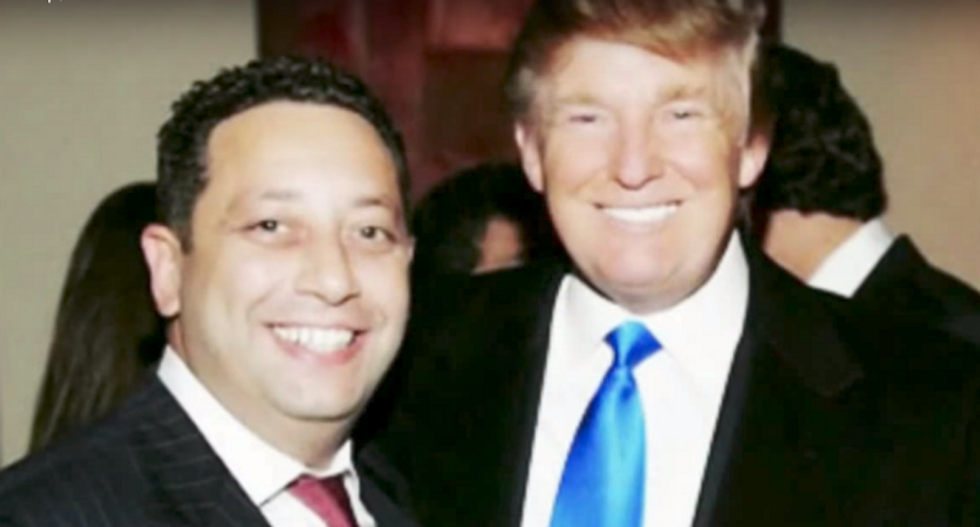 In a special edition of "The Resistance," host Keith Olbermann dropped a bombshell just in time for the year anniversary of Donald Trump's stunning election: that the then-candidate's election night victory party was attended by a Russian businessman he claimed he wouldn't recognize even if they were seated in the same room.

In a GQ exclusive, Olbermann noted that Felix Sater, a Russian-American businessman with ties to both organized crime and Russian President Vladimir Putin, reportedly attended Trump's November 8, 2016 party. According to GQ's reporting, he also gave interviews to news crews there, though it's unclear if those interviews ever aired.

"Our boy can become president of the USA and we can engineer it,” Sater wrote to Cohen. “I will get all of Putin’s team to buy in on this, I will manage this process.”

Sater has become a tense figure for Trump, and he once walked out of an interview when someone asked him about the colorful Russian-American businessman.

Watch Olbermann describe the news dump below, via GQ.