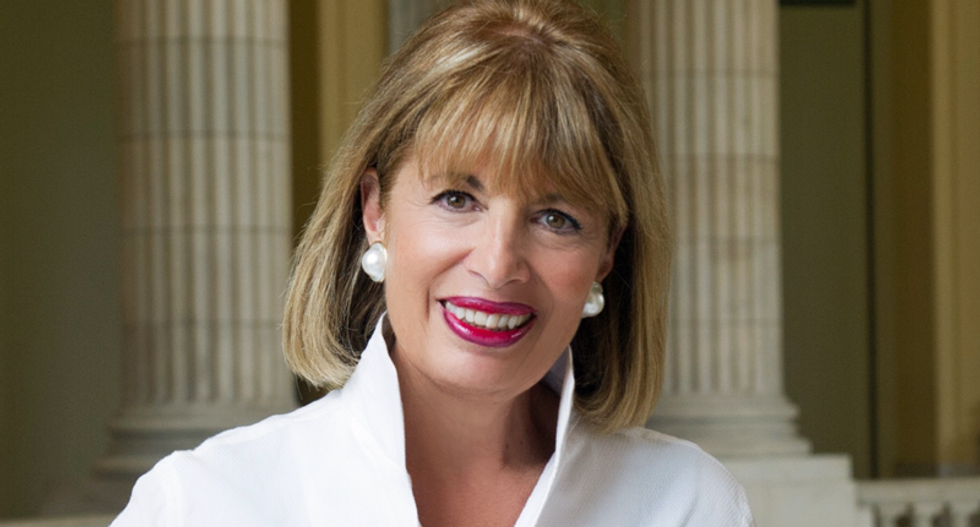 Before the House Administration Committee, Speier and Congresswoman Barbara Comstock (R-VA) revealed sexual harassment by two sitting members of Congress -- one Democrat and one Republican, both males. Neither member was named.

"One member has settled a claim and there has been a taxpayer settlement," Speier told MSNBC anchor Chuck Todd.

"We do know that about $15 million has been paid out by the House on behalf of harassers in the last 10 to 15 years," Speier revealed.

Speier did not expect the details of past, confidential settlements to ever be revealed to the taxpayers.

In the 1970s, Speier served as a staffer for Congressman Leo Ryan (D-CA) and was shot five times and left for dead during the People's Temple assassination of Ryan in Jonestown, Guyana. In October, Speier posted a "me too" video acknowledging sexual assault during her time as a young congressional staffer.

"A chief of staff held my face, kissed me, stuck his tongue in my mouth," Speier posted, with the hashtag "#MeTooCongress." "I know what it's like to keep these things hidden deep inside."

Also Tuesday, CNN reported on a "creep list" roster of the male members of Congress with the reputation of the worst behavior. CNN spoke with over 50 lawmakers for their report.

"It is like, the place where complaints go to die," one staffer said of the Office of Compliance (OOC), which is supposed to investigate such allegations. "It was like I was talking to a black hole of people who didn't care."

A spokesperson for Speier told CNN that 80 percent of the people who have come forward in recent weeks had chosen not to report the incidents to the OOC.