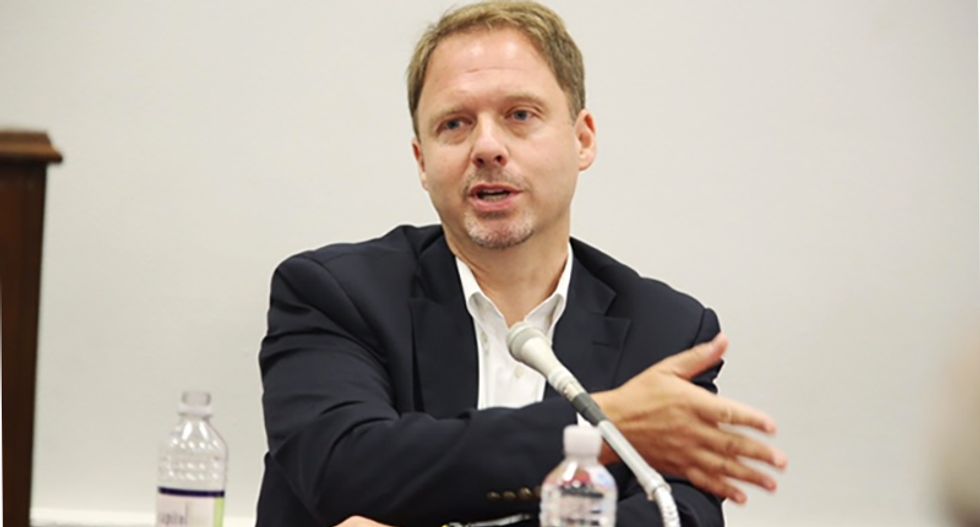 Andrew Biggs is a Republican member of PROMESA, a board created in 2016 to chaperone Puerto Rico's finances in the wake of the island's bankruptcy problems. Yet, when speaking about the recovery efforts, he compared those U.S. citizens to “drunks” who have “hit rock bottom.”

The Intercept reported Tuesday that, while speaking at an American Enterprise Institute event on the island and disaster relief, Biggs claimed fair treatment of workers is what is stopping Puerto Rico from recovery. He specifically cited minimum wage laws, labor rules surrounding just-cause termination, paid sick days for staff, paternity leave and overtime. Even a planned Christmas bonus is stopping Puerto Rico from greatness, according to Biggs.

“The reality is, the government doesn’t want to do these things,” he said of labor laws. “If you let them not do them, they won’t do them.” If the island were to be given additional aid from Congress, Biggs argued that it should come with strings attached demanding they kill their progressive labor laws.

“I mean, I don’t want to sound pejorative, but I hope this would be like the alcoholic who hits rock bottom and who says, ‘OK, we’re bankrupt now, we really got to change the way we’re doing things,'” Biggs said.

Toward the end of the panel, AEI resident fellow Desmond Lachman said, “One doesn’t want a good crisis to go to waste.” He explained "other countries" have sought support from the International Monetary Fund when they hit "rock bottom" after a natural disaster. Given that Puerto Rico isn't its own country, IMF funding would have to be requested by the United States government. It would be similar to the state of Kansas being required to apply for IMF funding to bail them out after their budget crisis.

“They realize they don’t have an alternative,” Lachman said. He went on to say “all the difficult kind of reforms” are made “when their back is against the wall.”

The remarks less than a day after it was found that Whitefish Energy was charging more than triple the actual cost of linemen working to restore power.