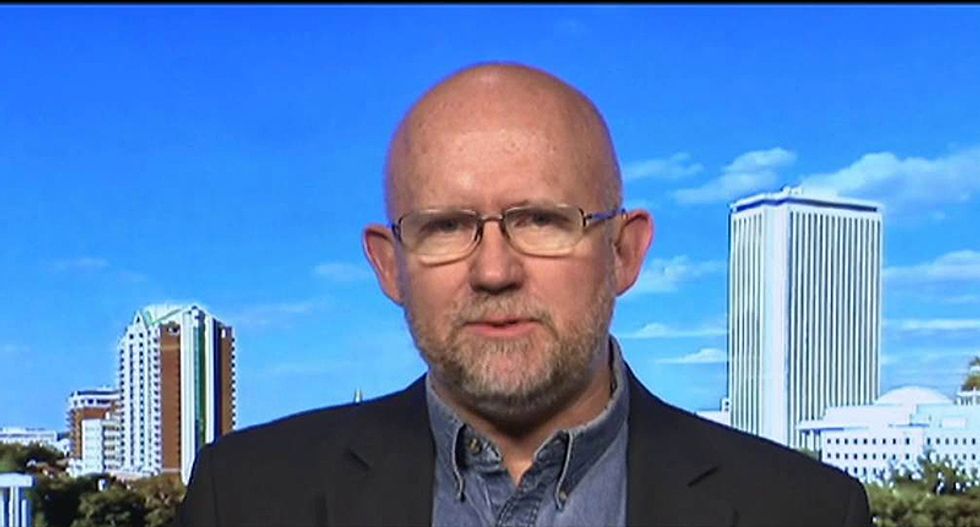 Rick Wilson, a conservative Republican strategist known for his criticisms of President Donald Trump, hosted a Reddit "Ask Me Anything" forum on Tuesday -- and his statements were illuminating.

Asked if "people in the GOP establishment [are] aware that they're reaping what they've sowed all these years," Wilson had strong words for his fellow party members.

He posited that there are three factions of the Republican Party under Trump: the "Trumpist True Believers," who make up a "LOUD" 30 percent; the 40 percent that are "Opportunist Trumpists" that just want to see their tax breaks; and the final conservative 30 percent that "know what a clown show this is and want to get back to limited government conservatism."

Among the wide-ranging questions were what he, as a strategist, would have done if he'd been told foreign agents have "dirt" on the opposition.

His answer was simple: "run like hell," and alert the FBI.

His predictions about the party's future -- and assessment of their past and present -- were perhaps most telling.

When asked if the party will exist in 10 years, he responded, "not if Trump wins a second term."

"We were a party of principles and ideals," he wrote. "We are now a party of one man and his mob."

You can read Wilson's entire AMA on Reddit's "Politics" subforum.