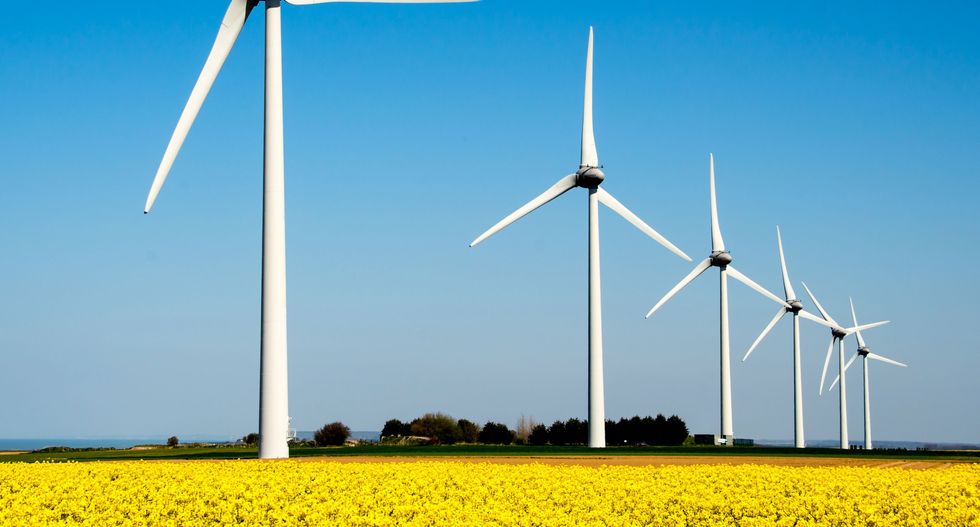 The credits, which receive broad bipartisan support, were extended by Congress less than two years ago.

The wind industry decried the proposal, saying it put $50 billion in planned investment at risk, while the solar sector expressed relief the bill mostly preserved the timeline laid out in 2015 for its primary tax credit.

In the same legislation, Republicans proposed eliminating the $7,500 tax credit for electric vehicles.

Greg Wetstone, president of the non-profit American Council on Renewable Energy, said the move was "mystifying."

"Wind has particularly been a boon in rural areas where there aren't a lot of economic choices," Wetstone said, noting that wind had strong support in the Senate, which has yet to weigh in on the bill.

Of major concern to wind developers, the legislation called for a reduced credit for every kilowatt-hour of energy produced from wind projects.

In 2015 and 2016, the credit was worth 2.4 cents, dropping by 20 percent each year for projects that start construction from 2017 through 2019. In the proposed bill, that credit would drop to 1.5 cents per kwh. In addition, projects must show that there is continuous construction in order to claim the tax credit available on the day construction starts.

The provision would increase tax revenue by $12.3 billion from 2018 to 2027, according to the bill summary.

In a statement, the American Wind Energy Association trade group said investors and project developers had banked on the stability of the policy enacted in 2015 in planning billions of dollars of investment in wind energy.

"The House proposal would pull the rug out from under 100,000 U.S. wind workers and 500 American factories," AWEA Chief Executive Tom Kiernan said in a statement.

The solar industry's main trade group, the Solar Energy Industries Association, said it was encouraged that a tax credit worth 30 percent of the value of a solar project had been left mostly intact. Under current law, that credit is scheduled to step down in value gradually until 2022, when it becomes a permanent 10 percent credit only for utility and commercial projects.

The bill unveiled on Thursday would eliminate the 10 percent tax credit, but not until after 2027.