Richard Spencer bounced a $10,000 check to rent out the University of Florida's auditorium: report 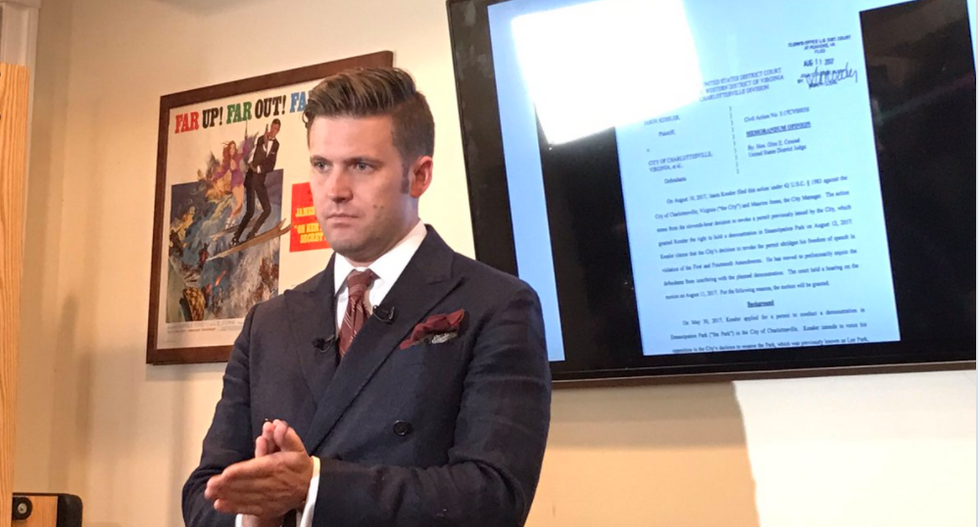 Emails between the University of Florida and Richard Spencer's National Policy Institute think tank show that the white nationalist provocateur didn't get his ducks in order before his speech in Gainesville last month -- and that his $10,564 check bounced.

The Huffington Post, which acquired the emails, reported that NPI "bungled money, forgot appointments, and appear to have failed to read all of their rental contract."

One exchange shows that NPI almost missed their October 6 deadline to rent out the room in which Spencer was to speak. The white nationalist group's executive director Evan McLaren eventually sent the check using a same-day rush mail service, requiring a university employee to be there to pick it up at 10:30 PM. Soon after, the school alerted NPI that the check had bounced.

"We would like confirm with you that the check (#1014) with the amount of $10,564 paid by the National Policy Institute on 10/10/2017 was returned due to 'Insufficient funds' in payer's bank account," the university wrote to the NPI, alerting them that they'd incurred a "chargeback fee" due to the check bouncing.

A spokesperson for the university told HuffPost NPI eventually wired the money to the school.