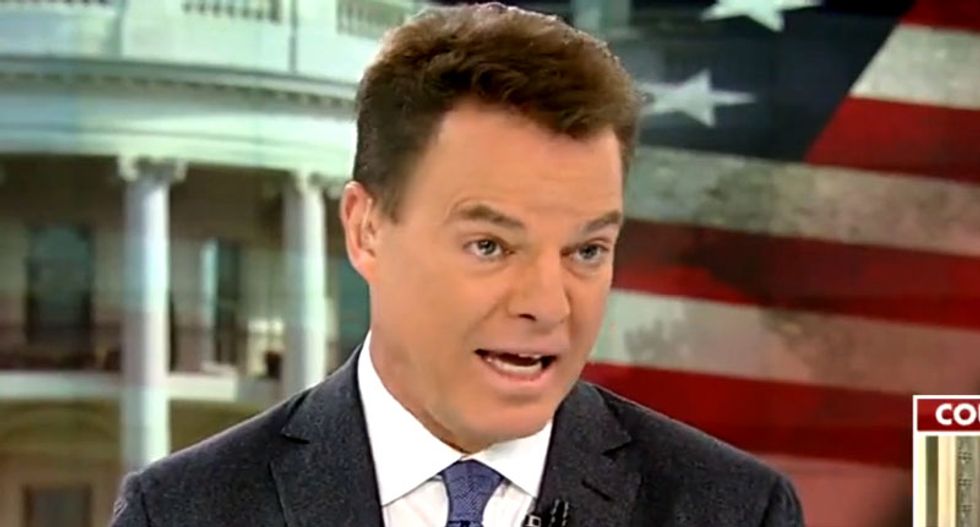 On Thursday, Fox News host Shep Smith called out President Donald Trump for retweeting "unverified anti-Muslim hate videos" from a far-right British woman who'd been convicted of inciting violence -- and naturally, the network's fans had a lot to say about it.

"Will somebody get this left-wing propagandist and nut job Shepard Smith off the air?" one Twitter user posted.

The theory that Smith is some sort of undercover liberal for discussing the president's open Islamophobia appeared pervasive.

"This Shep Smith is another lib plant in fox [sic]," another user wrote. "Something seriously wrong with this guy."

Another user took the opportunity to refer to Smith as a "drama queen," potentially making reference to the host's somewhat recent admission that he is gay, writing "The drama Queen allows Fox news to give some lefty side to the news of the day. I would be prepared to rendez vous [sic] with Gloria Allred to say, The emasculated Shep raped me. Just to get rid of him."

You can watch video of Smith discussing the president's latest foray into anti-Muslim sentiment -- and see Fox News-watching Twitter's reaction to it -- below.