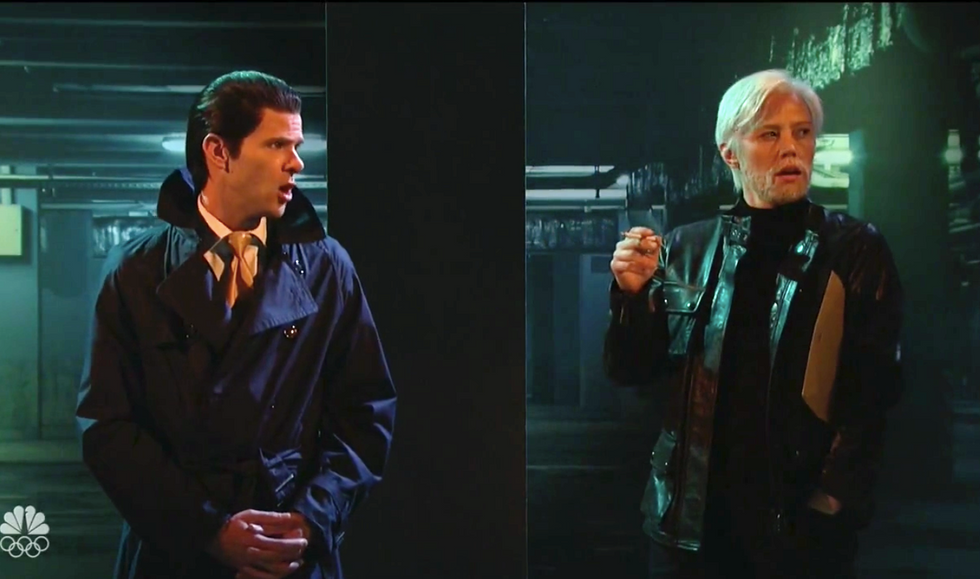 This week, "Saturday Night Live" opened with a sketch lampooning reports that came to light this week about President Donald Trump's eldest son Donald Jr. and his contacts with WikiLeaks.

The sketch opened with Donald Trump, Jr. -- played by SNL cast member Mikey Day -- meeting with Kate McKinnon as WikiLeaks' Julian Assange in a parking deck beneath the Ecuadorian embassy in London, where Assange has been confined for four years to escape extradition on rape charges.

Trump Jr. explained that he had to make his brother Eric wait in the car, but, "I told him to honk the horn if he gets scared."

Immediately the horn began to blare, so Trump Jr. and and Assange were joined by Alex Moffat, returning in his role as Eric Trump.

"Now Eric," said Donald Jr. "What say about making fun of people based on their appearance?"