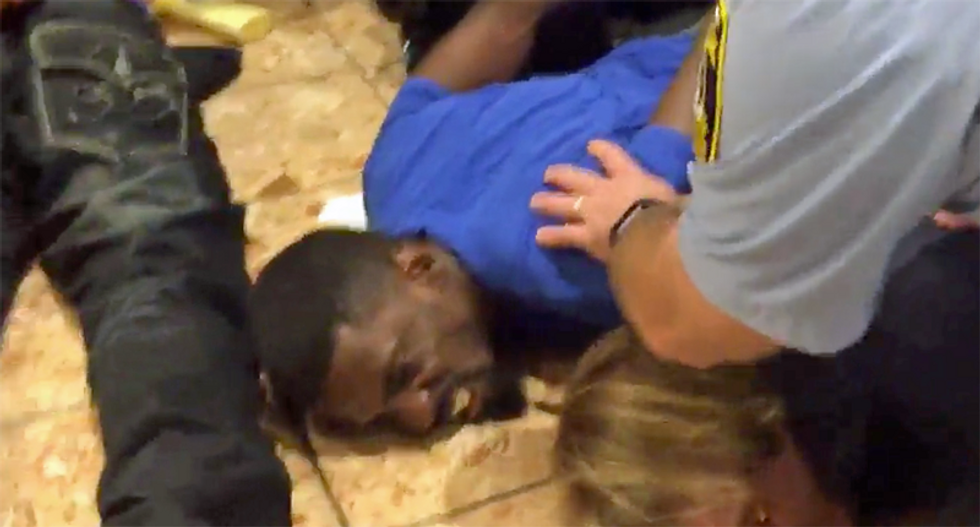 Police in St. Louis shut down a large shopping mall on "Black Friday" to arrest activists protesting police violence. The arrests included a state Rep. Bruce Franks Jr. (D), a black lawmaker who could be heard screaming in pain in video that shows multiple officers on top of the handcuffed lawmaker, the St. Louis Post-Dispatch reported.

Dozens of people waited outside the St. Louis County Jail for the release of the one woman and six men arrested during the peaceful protest.

“When they come out the door, we want them to know we’re here for them,” said the Rev. Darryl Gray outside the jail.

The boycott followed the September 15 acquittal of white former police officer Jason Stockley, who had been charged for a 2011 shooting death of black suspect Anthony Lamar Smith.

Early in the day, Representative Franks had posted about the protest on Twitter.