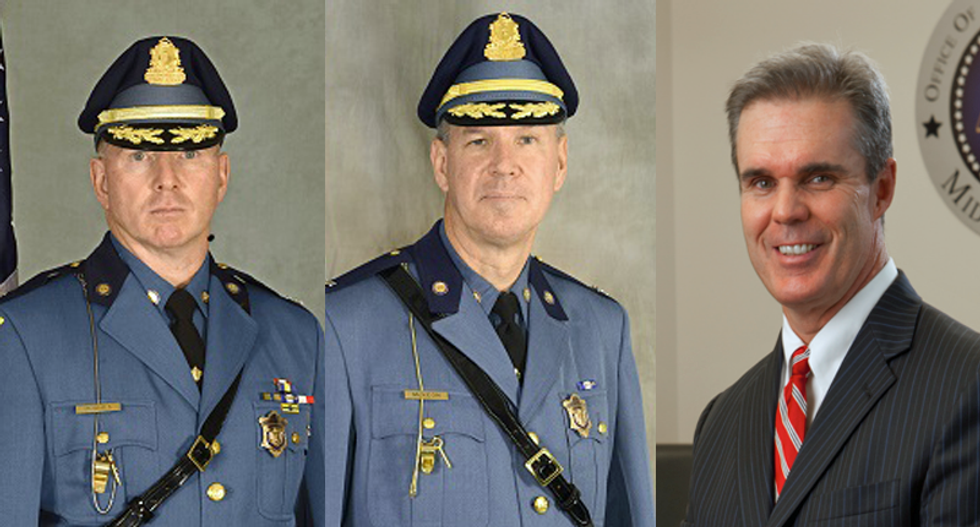 The Massachusetts State Police and the Worcester District Attorney are facing three separate investigations into why troopers were ordered to scrub the arrest report concerning a judge's daughter.

Saturday, the Boston Globe reported the state Ethics Commission has launched the third investigation into the incident.

Alli Bibaud, daughter of Judge Timothy Bibaud, allegedly offered troopers sex for leniency after she was pulled over for suspected impaired driving on October 16. She allegedly said her father would be "furious" about the arrest and admitted trading sex for heroin.

Last week, Bibaud pleaded guilty to charges of operating under the influence that resulted from the traffic stop.

Former Superintendent McKeon admitted he ordered troopers Ryan Sceviour and Ali Rei to alter the reports, which could result in potential criminal prosecution.

"Here’s the latest. You saw last week how the judge’s self-admitted-hooker daughter got her OUI case moved to Middlesex County and then broomed," Carr noted. "It was [Worcester DA] Early’s office, of course, where both the hack judge and his daughter worked. The call instructing McKeon to protect the judge’s reputation came out of Early’s office, to McKeon, who used to work in the Worcester DA’s office, as did secretary of public safety Daniel Bennett and his deputy, Jennifer Queally."