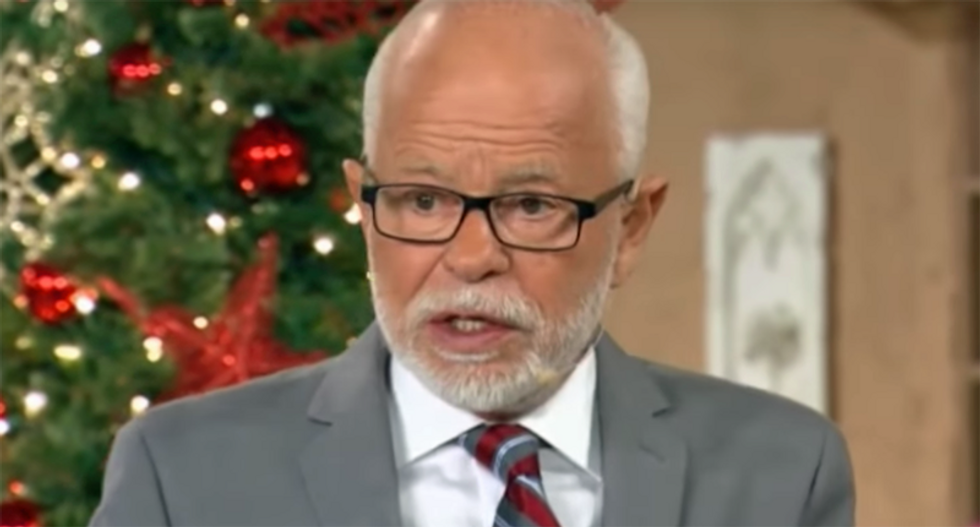 Disgraced televangelist Jim Bakker stoked fears of presidential assassination while claiming that their grandchildren of his audience could face eternal damnation unless they call a 1-888 phone number and send him $60 (plus shipping) for a bucket of pancake mix.

"You know, if they kill our president, or they destroy him or whatever," Bakker worried. "If we elect the other side, I mean they've come out against God."

"I think maybe Trump is here to give us time to get ready, because all hell is going to break loose," Bakker suggested.

"We're not going to have the anti-Christ to show up to get the sign of the mark of our beast on our forehead, it won't happen without hunger," he claimed.

"Hunger is going to be the main thing. You don't get it, most people don't want to get it, but that's why I'm so obsessed with you all being prepared," he claimed.

Bakker resigned from his Assemblies of God ministries after facing accusations of drugging and raping an employee. He was convicted of fraud and imprisoned.