'The news was a snooze before me!': Comedy Central nails the 'symbiotic' relationship between Trump and the media 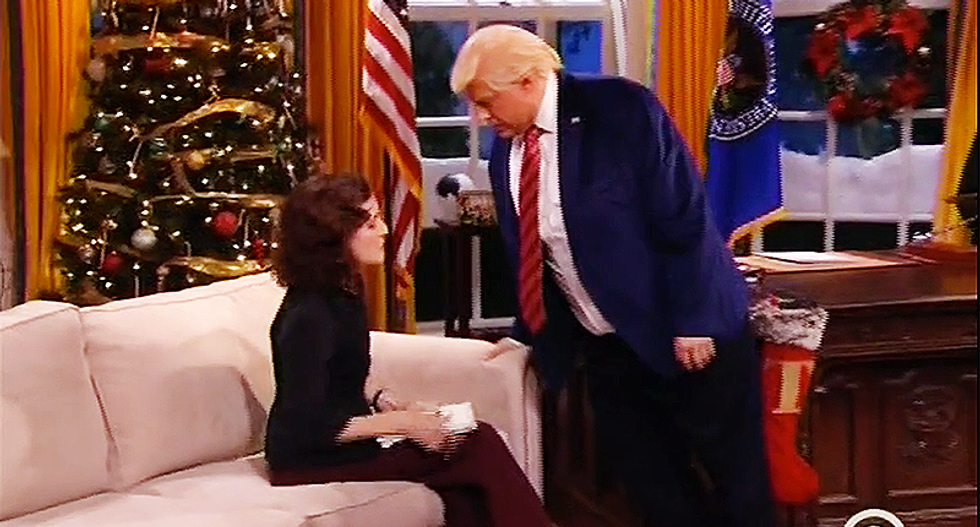 This week's episode of "The President Show" on Comedy Central was a special holiday edition, in which President Donald Trump claimed that the media was nothing without him. Reluctantly, the media agreed that they have him to thank for soaring profits and subscriptions.

The segment begins with a fake story "Trump" invents about "snowflake land" full of liberals. They ultimately get coal dumped on them.

"That was not a true story!" exclaimed a Maggie Haberman-type reporter sitting in the Oval Office. "You do this all the time! You claim you're going to give the press something of substance, and all you give us is corporate propaganda. When are you going to become presidential?"

"Fine," Trump acquiesces. "I got something presidential for you. Big banks are ISIS because Hillary Pocahontas sold uranium to Matt Lauer!"

The reporter rolled her eyes with frustration.

"You just spout random words and hope they make sense!" she said.

"No! I don't hope they make sense!" Trump admitted. He then tells her she isn't nice and thus he's kicking her out and reneging on the exclusive interview. She begged him not to back out.

"Look at that. You don't want to leave. See, you got to be nice to me if you want access," Trump says in a creepy voice walking over closer to her. "That's the way things work around here."

She bursts into song calling him a crook, liar and sexual harasser.